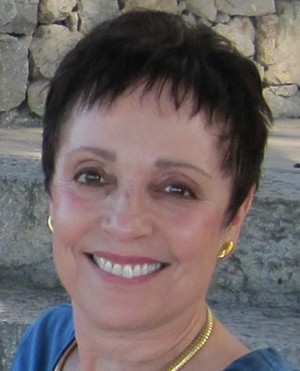 Susan Brody Hasazi, 72, of South Burlington and Duxbury, Vt., passed away on May 14, 2019. Her death was the result of a degenerative brain disease with which she lived and coped with dignity and grace for many years. Even as the disease took its toll on her memory and other abilities, she retained her love for family and friends until her last breath.

Susan was a beloved mother, wife, cousin and niece who counted many friends and colleagues as family. One of her defining characteristics was loyalty — to be loved by Susan was to be loved by someone who could be unconditionally relied on for love, support and the best advice.

Susan grew up in Toronto, Canada, and Miami Beach, Fla., where she met her soulmate, Joe. Together they moved in 1970 to Vermont, where they raised their daughter, Sarah. From their home base in Burlington, Susan, Joe and Sarah traveled the globe, including living and working in Portugal and Italy on multiple occasions. Susan’s worldliness was reflected in her elegant style and love of art, music and fashion.

An incredible intellect and leader in her field, Susan also loved to read fiction and poetry and was a gourmet cook. One of her many joys was bringing family and friends together for meals, occasions known for wonderful conversation and company. For more than 25 years, she was a member of the “WG” — a women’s group of eight friends who met weekly to love and support each other through life’s many joys and occasional crises. With her best friend, Chrysanne Chotas, she held weekly Sunday Night Dinners, where their children became sisters and Chrysanne and Susan moms to them all. These traditions and others like them exemplify why she will be so deeply missed.

Susan was a woman of great professional accomplishments, many more than can be easily summarized here. An internationally known scholar in the field of special education, she began her career as a special education classroom teacher, an experience that shaped the rest of her professional life. While gentle in manner and petite in stature, Susan was a fierce and powerful ally for people with disabilities — whether she was working with individual families or national policy makers, she advocated relentlessly throughout her life for services and policies on their behalf. She was instrumental in the movement to integrate special education students into mainstream classrooms, something we take for granted today but which Susan saw as a social justice issue long before school systems and lawmakers caught up. Her career was also distinguished by significant contributions to research, authoring many papers that are considered signature pieces in her field and are still referenced today. Over time, her research and advocacy focused on the vocational and transitional experiences of youth with disabilities. Susan loved to teach and supervised many master's theses and doctoral dissertations. As a mentor to countless students and colleagues who now serve in leadership positions across the state and country, her influence will be felt for generations.

Susan retired in 2010 after 34 years on the faculty of the University of Vermont’s College of Education and Social Services. At the time of her retirement, she served as the Stafford Distinguished Professor of Leadership and Special Education and director of the Doctoral Program in Educational Leadership and Policy Studies, which she developed. Upon her retirement, Susan was awarded an Honorary Doctor of Letters degree.

She earned her B.Ed. in special education from the University of Miami in 1968, her M.Ed. from the University of Vermont in 1972 and her Ed.D. from Boston University in 1978. In 1982 she served as a Kennedy Fellow in the U.S. Senate, where she helped shape the reauthorization of the Individuals with Disabilities Education Act and the Vocational Rehabilitation Act. She was the recipient of numerous prestigious awards throughout her career, including the Joseph P. Kennedy Jr. Foundation International Award for her lifelong contributions as a scholar, educator and policy maker regarding the rights and needs of persons with intellectual and other disabilities.

Susan is by survived by her beloved husband, Joseph, and daughter, Sarah, and Sarah’s fiancé, CJ Walsh; cousin Nadine Rosen and family; aunt Dena Gorelick; and sister-in-law Kristina Hasazi Morrison and family; as well as countless lifelong friends, including Allie, Nicole and Elia Vecchione, who cared for her as a member of their family for the last four years of her life.

A memorial service to honor and remember Susan will be held June 30 at 3 p.m. at the First Unitarian Universalist Society on Pearl Street in Burlington. In lieu of flowers, please consider a donation to the Vermont Family Network (vermontfamilynetwork.org), an organization whose support of children with disabilities and their families was dear to Susan’s heart. Assisting the family is the Perkins-Parker Funeral Home and Cremation Service in Waterbury. To send online condolences, please visit perkinsparker.com or the funeral home Facebook page.