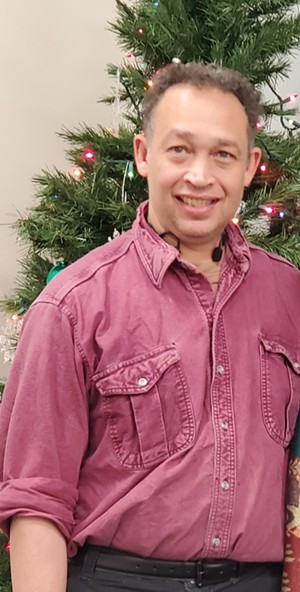 Stephen T. McKenney, 49, died suddenly at home of heart failure on December 31, 2020. Born on March 27, 1971, in Bridgeport, Conn., he lived most of his life in central Vermont. He enlisted in the Army upon graduation from high school (1989) as a member of 82nd Airborne Division, Fort Bragg. Steve saw active duty in Panama (1989) and the Gulf War (1990-91). At the Heidelberg, Germany, support hospital, he was admissions/dispositions clerk, then patient administration specialist (1993-96).

He joined the Vermont Army National Guard, HHC 86th Infantry Brigade Combat Team (Mountain), with a part-time job as patient administration specialist at Vermont State Medical Command (1996-2005). Beginning in 2005, he was medical records clerk/patient administration at the Office of the Deputy State Surgeon, which required secret security clearance. In November 2009, Sgt. McKenney was awarded the Army Achievement Medal: "Because of his dedication to duty and selfless service, Sgt. McKenney is a credit to himself, the Vermont Army National Guard, and the United States Army." In spring 2010, he was deployed to Afghanistan as part of Operation Enduring Freedom. His job with medical records included assisting with wounded and fallen soldiers.

Steve was a voracious reader, especially fond of J.R.R. Tolkien’s The Lord of the Rings. He enjoyed computer gaming, playing guitar, music recording/mixing, woodworking projects and gardening/landscaping with his stepfather. Steve did everything with great thoughtfulness, love and care. He dedicated his life to serving people: 23 years with central Vermont hospitals and more than 20 years with the U.S. Army and Vermont National Guard. During the pandemic, he ran errands and made necessary repairs for his aging parents, all before and after long workdays.