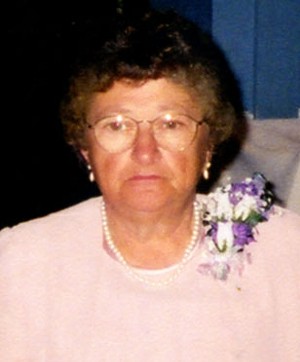 Shirley S. Perry, 79, went to be with GOD on Wednesday, September 23, 2015 with her family by her side after a long courageous battle with Alzheimer's disease.

Shirley was born on September 29, 1935 to Corinne (Brunelle) & Tuffield LaBarge.

Shirley spent most of her adult life nursing and caring for her 5 children and the elderly at numerous care facilities. Prior to being diagnosed with Alzheimer’s, Shirley cared and helped many of her neighbors and friends with their activities of daily living.

A Mass of Christian burial will be celebrated on Saturday, September 26, 2015 at 10 am am in St. Mark’s Roman Catholic Church in Burlington with burial to follow in St. Thomas Cemetery in Underhill Center. Visiting Hours will be held on Friday from 4 to 7 pm in the Ready Funeral Home South Chapel, 261 Shelburne Rd., Burlington. In lieu of flowers, those who wish may send a memorial contribution to the Alzheimer’s Association of Vermont, 300 Cornerstone Dr., Suite 128, Williston, VT 05495. To send online condolences, please visit www.readyfuneral.com.