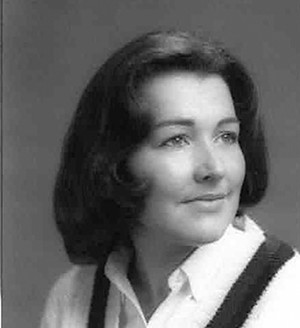 Sheila J. (Cloutier) Goldrick of Essex Junction, Vt., passed away on Friday, October 29, 2021, at the University of Vermont Medical Center from complications due to endometrial cancer. Sheila was born on April 10, 1943, in Lewiston, Maine, the only child of Robert Cloutier and Lucille (Vaillancourt) Cloutier.

Following their divorce some years later, Sheila and her mother moved from Maine to Massachusetts. Sheila attended Chapel Hill High School for girls in the town of Waltham, from which she graduated in 1961 as the class valedictorian. Sheila then attended Russell Sage College in Troy, N.Y., and later transferred to Boston University, from which she graduated with a bachelor’s degree.

Following graduation, Sheila began a career with American Airlines as a reservations agent in Boston. Her quick mind and fluency in French helped her move to a more prestigious position as a ticket agent at what was then the Statler-Hilton hotel in the Back Bay section of Boston in a mere three months. She loved her job and received a number of awards for her superior salesmanship. She also enjoyed the available travel benefits of the job, traveling frequently with her mother, Lucille, to places such as Great Britain, France and Mexico.

In August 1970, Sheila married Thomas A. Goldrick in a Roman Catholic church ceremony in Watertown, Mass. The couple honeymooned for two weeks in Hawaii, spending time both on Oahu and Kauai. In September 1971, Sheila gave birth to a son, Liam Sean Goldrick. An only child, Liam was the center of Sheila’s life for many happy years. Although she returned to American Airlines after the birth, several years later she chose to stay at home as a full-time wife and mother. She mastered those duties magnificently.

Sheila also took great enjoyment in the simple pleasures of a sunny day, a sparkling rainbow and a lazy day at the beach. Her longtime favorite trip each year was to Ocean Park, Maine, where she, Thomas, Liam and other family members would gather for fun and seafood, especially boiled lobsters and steamers. Sheila was reserved in her demeanor, but her warmth and caring spirit made an immediate impression on everyone she met and led to long, strong friendships lasting many years.

Sheila leaves her husband of 51 years, Thomas, of Essex Junction, now retired; along with her son, Liam, an education communication/crisis management consultant; a daughter-in-law, Kristen Murray, a tenured law professor at Temple University; and two grandchildren from a previous marriage, Conor Jack, age 14, and Annie Lucille, age 11, all of Philadelphia, Pa. She also leaves a sister-in-law, Eileen Barnacoat, and her husband, Christopher, of Townsend, Mass.

The family will conduct a celebration of life remembering Sheila sometime in the coming months. Meanwhile, you are welcome to view further information and share your memories by visiting awrfh.com.