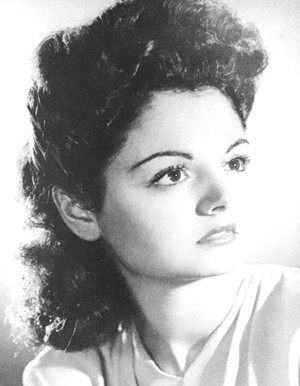 Sandra "Sandy" Herzig passed away peacefully, at the age of 97, on August 26, 2021, in Essex, Vt. Born on July 31, 1924, in New York City, Sandy grew up living with her parents, Todoros and Gracia Levy, and her siblings, Jean, Victor and Murray, in the tenements of the Lower East Side of Manhattan.

Both Todoros and Gracia had immigrated to this country as teenagers from the land now known as North Macedonia. As a Sephardic Jew whose ancestors had fled the Spanish Inquisition, Sandy grew up in a family whose primary language was Ladino — a dialect of Spanish influenced by a Turkish environment. Proud of her Sephardic heritage, Sandy loved to cook traditional meals, including such favorites as borekas (spinach and feta in phyllo dough), baklava, and many more.

Sandy married the love of her life, Herman "Hy" Herzig, on June 28, 1947. Hy made up for what he lacked in formal education with a boundless entrepreneurial spirit. Sandy and Hy, along with their children, Gary and Robin, crisscrossed the country numerous times in search of the American dream of creating their own successful business. Sandy’s life, however, changed forever in 1967 when Hy died of a sudden heart attack. Returning to the workforce as a single mom, living paycheck to paycheck, Sandy dedicated herself to ensuring the well-being of her two children.

While never shy about expressing an opposing opinion, her greatest gift to her children was her constant and unconditional love. Her greatest legacy, however, will be the impact she has had on her grandchildren — Sasha Herzig of Troy, N.Y.; Hannah Grace Stender of Essex, Vt.; Aidan Grace of London, England; and Sophie Grace Laning of Wakefield, R.I. Weekends with Grandma would always include waking up early for a place on the discount ticket line for a Broadway play. With limitless love, she made sure to instill in each of them the confidence to be true to themselves. Her enduring message was never to allow anyone to tell them what they couldn’t do or whom they should be.

In 2009, Sandy moved to Burlington, Vt., to be closer to family. Leaving New York City, which she loved dearly, was not easy. Views of mountains and cows could not compete with sidewalks full of people, and she greatly missed the energy, clamor and diversity of New York. Sandy never hesitated to speak her mind in defense of the rights of all people, and, having had to return to work in the days before there were any protections from sexual harassment, she was particularly passionate about the rights of women. She would often make her feelings of concern known regarding recent events of discrimination, sexism or bigotry in our country. Recently, she asked her son Gary, now the mayor of Oneonta, N.Y., whether people followed his lead. When Gary replied that there was no shortage of people who disagreed with him, Sandy said, “Good. This is America.” One of her proudest moments was, at age 89, accompanying her granddaughter Hannah to a rally for president Barack Obama. As luck would have it, the president stopped to talk with her on his way out. Charmed, the president gave her a kiss on the cheek — something she would never forget.

Whenever asked, Sandy would say that she attributed her long life and good health to “doing whatever she damn well pleased.” Apparently, eating the foods she liked, smoking two packs of cigarettes a day for 40 years and passionately avoiding any type of exercise all agreed with her. When someone in the family would go out for a run, she would invariably ask, “Who’s chasing you?”

Sandy was predeceased by her parents, siblings, and lifelong friend Sonnie Adatto and her daughter Rita.

We would like to thank the staff of Maple Ridge Memory Care in Essex, Vt. (with special appreciation for Katy Munzir and Teri Litchfield), where Sandy spent her last two years; Dr. Claudia Berger of the University of Vermont, who cared for Sandy since 2009 with the greatest of patience and compassion; as well as friends left at Grand Way Commons, where she lived from 2009 through 2019.

Sandy will be laid to rest beside her husband, Hy, at Wellwood Cemetery in West Babylon, N.Y., on Thursday, September 2. She is already missed by her family and all those who knew her and loved her. Please visit awrfh.com to share your memories and condolences.