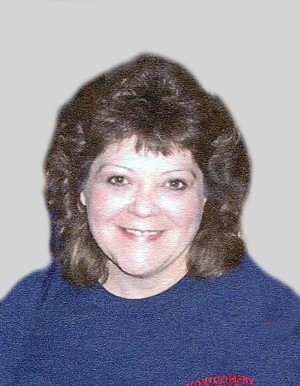 She was born on May 18, 1970 at the Northwestern Medical Center in St. Albans Vermont. She leaves behind a loving family who stayed by her side throughout it all and miss her dearly. Her long love and life partner William Deo, her only child James Martin and his fiancé Caitlynn Butts, her two nephews Jayson and Ryan Martin and her two granddaughters Maddison Mae Martin and Kayleigh Ann Sprano. Sally also leaves behind many special friends and family who loved her dearly. Sally is the daughter of and pre-deceased by, Joanne Mae Lovely and Edwin H. Martin Sr.

Sally graduated from Missisquoi Valley Union High School in 1988 and from there she worked as a broker at the Highgate Customs & Immigration Station. She then gave birth to her son James Martin in 1989 and started her lifelong commitment as a young single mother. Sally stayed local and committed her life to raising her son and forming a loving family of her own. In 2001 sally sadly lost her mother to colon cancer after she previously won her first fight years ago against throat cancer. Sally stayed by her side taking care of her throughout both of her battles. Sally also took in two of her nephews and raised them as her own children and taught them how to be polite, respectable young men ... From fishing and four wheeling to cooking and taking care of themselves, sally was very proud of how all three boys turned out with the help of William Deo. Sally was the type of woman to bring smiles to everyone faces even if you where having one of your worst days, she wouldn't give up until you at least cracked a smile. She would always brighten up a room just with her beautiful smile and her great personality. She was a loving and caring person to

everyone and would do just about anything for anyone. Over the years Sally has made and developed so many strong friendships with so many people across the state and even throughout New York state where she played 8 ball billiards as a serious hobby most of the time. She was one of the best pool players in the area. She won the NNY women's state championship pool tournament 2 years in a row. She taught her son and nephews how to play and enjoy the game as well and it became a all time favorite past time for the whole family over the past decade. She has shared so much with everyone around her that her good nature will still be around for the decades to come. Anyone fortunate enough to know Sally knows that she didn't have a easy life or anything just handed to her. She worked very hard for everything she had in life. Sally had a big heart was always laughing, sharing and enjoying her life as much as she possibly could. She brought joy not only to others but to herself as well by being such a nice natured kind hearted person who we all knew and loved very much. That's just who she was as a person and that's how she felt the world should be, full of love, laughs, kindness and overall happiness. Please pray for her in this time of grief as she is in a much better place and no longer in any pain or discomfort. We will all miss and love her very much forever and always. God called for his Angel and gave her the strength and her wings to leave this world behind. This end is the start of her new beginning, watching over us all like the Amazing, Beautiful, Caring Guardian Angel she always has been. I love you very much Mom.. Love, your boy.

A Funeral Service will be held Tuesday October 7, 2014, at 2 p.m. from The Kidder Memorial Home, 89 Grand Avenue, Swanton. The Reverend John Lucy, pastor of the Swanton Memorial United Methodist Church will officiate.

Friends may call at the funeral home Tuesday from 12 Noon until the hour of service.

On line condolences may be directed the family by visiting: www.kidder,memorialhome.com