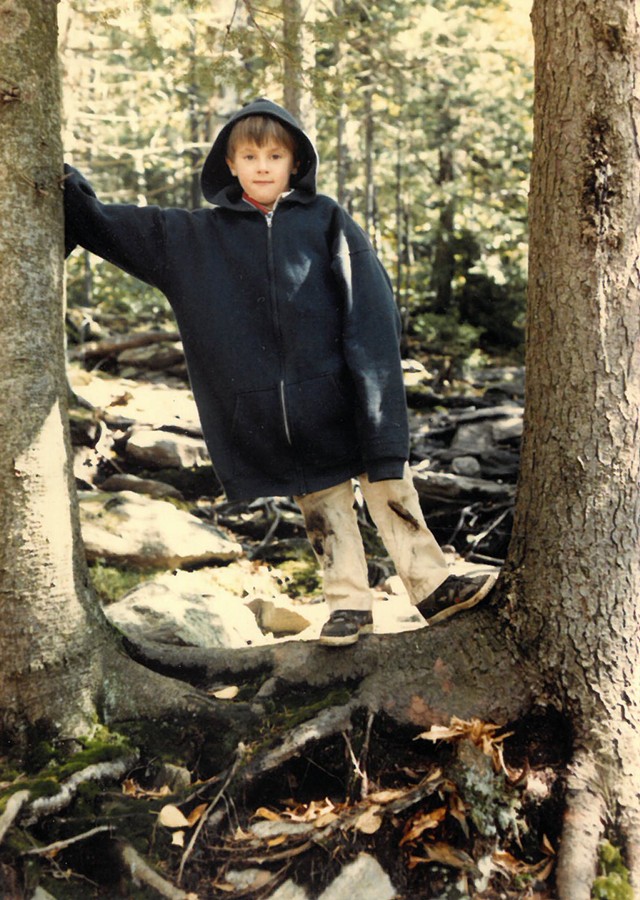 Ryan Campbell, 36, passed on in December, 2016 while on his land in Huntington, Vermont.

Ryan was born in Concord, NH on November 27, 1980. He and his younger brother Colin were raised in Rumney, NH as children and continued life growing up in Chittenden County, Vermont living in Richmond and Jericho. Ryan graduated from Mt. Mansfield High School in 1999.

Through all phases of his life Ryan displayed fondness for animals and people alike. He enjoyed outdoor activities in all seasons, including sledding, skiing and snowboarding, mountain biking, hiking and spending time in rivers and lakes with his family and friends.

Following high school Ryan spent time working and playing in several western mountain states. He returned to Vermont with a plan to pursue his knowledge of and passion for cars at Vermont Tech, graduating in 2006. He immersed himself in tinkering with vehicles, and continued his mechanical training while absorbing information from those more experienced than he.

He began seeking land on which he could settle, and discovered a piece which suited his nature and his lifestyle. Here he could develop his own manner of living while collecting desired items. His unique mentality influenced his beliefs, ingenuity, physical strength and talents while living sparsely.

Ryan established an alternative lifestyle while strategizing how to reach the next tree branch of life as he challenged authority – both his own and that of others. Wearing flip-flops and sun glasses no matter which season. Preferring to sleep on the floor when softer places were available. Always aware of his footprints as days passed. Each day held the promise of making progress.

He began to develop a dislike of frozen winters. They encouraged him to travel and explore warmer climates. He developed attachments to the California coast and the island of Maui. He returned to Vermont each spring recharged.

He has passed from our lives, leaving his younger brother Colin, his mother Ellie, relatives, friends and others to carry within us some of his spirit, as many memories as we can hold, his laughter and his creative lifestyle.

Please join us at All Souls Interfaith Gathering in Shelburne, VT on Sunday, September 10, 2017, 2:30-5:30 pm as we gather to create a Remembrance and Celebration of Ryan’s Life. Bring your memories, stories and pictures to share! Refreshments will be available.