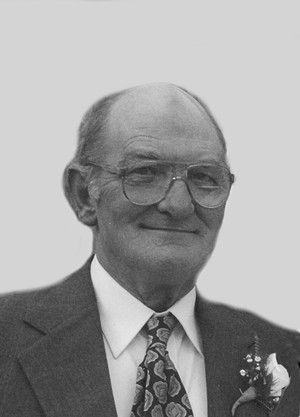 Born in East Highgate, VT on, March 26, 1930, he was the son of the late George Edwin and Dorothy Ruby (Copeland) Britch. He attended schools in Highgate and on, February 14, 1953, was married to the former Mary Cantell who survives him.

For many years Roger owned and operated dairy farms in East Highgate and Franklin and worked for the Sheldon Pulp Mill. In addition he especially enjoyed the many years that he worked as a groundskeeper looking after the property of Attorney John Kissane. He was an avid reader and loved westerns. He and Mary always enjoyed a good time, had a close group of friends and loved dancing and playing cards.

Roger faithfully served his country in the United States Army during the Korean Era and was a member of the American Legion, Green Mountain Post 1 of St Albans.

The Liturgy of Christian Burial will be celebrated Saturday, July 4, 2015, at 11 a.m. from Saint Louis Roman Catholic Church, 186 Lamkin St, Highgate Center. Father Luke P. Austin will be the celebrant and homilist. The Rite of Committal and Interment with military honors will follow in the East Highgate Cemetery, Hanna Road, East Highgate.

Friends may call at The Kidder Memorial Home, 89 Grand Avenue, Swanton on Friday from 3 to 5 and 7 to 9 p.m. Father Austin will conclude the evening with a Vigil Service at 8:45 p.m. and remain after for private confessions.

Gifts in Roger’s memory may be made to the Franklin County Home Health Agency, 3 Home Health Circle, St. Albans 05478.