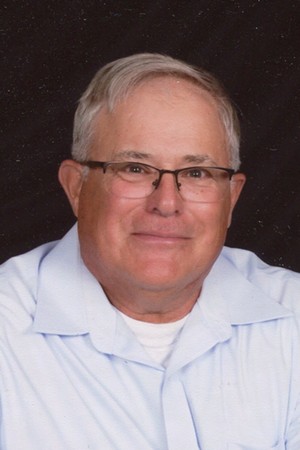 Born in Georgia, Vt on August 31, 1947, he was the son of Leo Frederick and Marie Anna (Viens) Cota. Roger graduated in 1965, from Bellows Free Academy-St. Albans and on July 8, 1972, was married to the former, Alice Susan Durenleau who survives him. For 38 years Roger was employed by the Union Carbide Corporation now Eveready Battery. He was a longtime member of The Church of the Nativity of the Blessed Virgin Mary and participated many years in the Franklin County Relay for Life.

Roger was first and foremost a family man. He enjoyed family gatherings and always said “ the more family the better.” He loved his wife Sue and was especially proud of his children Heather, Leo and wife Renee and his grandchildren Joshua, Sam and Kate. He loved going with Sue to the MVU hockey games, watching his grandsons play baseball and his granddaughters cheerleading competitions. He was an avid outdoorsman who loved to hunt, fish and cruise the Missisquoi River on his pontoon boat. He was well known for his sense of humor and always having something to say. He was also a “Mr. Fix It” always willing to help family, friends or a neighbor in need. He loved his John Deer tractors and especially his 1966 Chevrolet El Camino. Roger was especially devoted to his Jack Russell Terrier “Baby” taking him on car rides, swimming, walking and cuddling with him in his chair. He also enjoyed going to Fitness Zone with his daughter Heather three times a week.

In addition to his wife Sue of 42 years, Roger leaves his mother, Marie Anna Cota of Swanton; his daughter, Heather Cota of Highgate Springs; his son Leo Cota and wife Renee of S. Ryegate and a nephew that Roger and Sue raised like their own, Aaron Durenleau of Santa Cruz, CA; three grandchildren, Sam and Kate of S. Ryegate and Joshua Cota stationed with the US Air Force at Hurlbut Field in Pensacola, FL; two sisters, Mary Rusnak and husband George of Swanton and Linda Arsenault of Cottonwood, AZ; four brothers, and their wives, Ronald and Fern Cota of Swanton, Bernard and Ann Cota of Swanton, Dennis Cota and fiancée Sherry Dumont of Sheldon and Frederick and Bennie Cota of Winooski; brothers-in-law and sisters-in-law, Rachael Drown of Essex, Adrian Durenleau of Colchester, Norman Durenleau of Georgia and Kay Durenleau of Fairfax as well as many nieces and nephews.