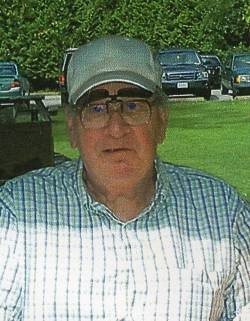 Roger was born on March 30, 1934, in St. Albans, the son of Eugene V. and Lillian (Guyette) Root. He was a graduate of St. Mary’s Academy and BFA in St. Albans and served in the US Air Force during the Korean Era.

Following his military service, Roger worked in CT and, following his return to St. Albans, worked as a quality control inspector at Union Carbide. After retiring from Union Carbide he worked at the Sheldon Pulp Mill. Roger was an avid reader and enjoyed crossword puzzles and camping.

Surviving are 3 brothers; William Root of St. Albans, Robert Root and his wife, Inez, of Exeter, NH and Ronald Root of Essex; 2 sisters Betty Desrochers and Marie Root both of Swanton; and many nieces, nephews and cousins.

In addition to his parents, Roger was predeceased by his siblings, Landon Root, Marge Lawrence, Madeline Black and Doris Cassidy.

Interment with military honors will take place in the spring at Holy Cross Cemetery in St. Albans.

Messages of condolence may be sent to Roger’s family at www.healdfuneralhome.com