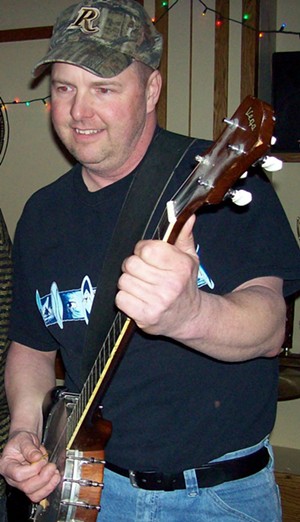 Robert (Rob) Moffette Root of Colchester, Vt., passed away on June 2, 2021, at the age of 59. The loving son of the late Robert and Polly Root, Robert was the beloved brother of Caroline (George) Tirabassi and Deborah (Andrew) Jorgensen; the beloved uncle of Kristin (Jason), George (Caitlan), Polly (Chris) and Laura (Nicholas); and the great-uncle of Oliver, Jackson, Brindley, Lillian and Anders; he is also survived by many loving aunts, uncles, cousins and close friends in the music community.

Rob was a true Renaissance man — he loved nature, music, art and sports, and he delivered outstanding service as a master meat cutter in area grocery store meat departments throughout his work life. He was a terrific actor and singer who was a regular player for Burlington's Lyric Theatre Company in the 1980s and '90s. He was an accomplished sailor and never happier than when out on Lake Champlain in his sailboat. He was an avid birdwatcher whose "life list" included hundreds of birds that he hiked out to see at his favorite places. He was a talented woodcarver and delighted his family and friends with gifts of carved and painted birds, sea creatures and other animals. He painted landscapes and animals in his living room, surrounded by his collection of antique decoys and guitars. Rob played for over 30 years in bands around the east coast of Lake Champlain, most notably with the Mighty Loons, Yankee Pot Roast and, until his passing, with the Decoys, with whom he played guitar, bass, banjo and accordion. Rob has left the Decoys with some of their best songs, which he wrote and sang: "Milton," "Bat Actors," "Rose My Winter Rose" and "North Sound" are just a few in that legacy.

In addition to his loving family, Rob leaves his bandmate and best friend of 33 years, Bones Blankinship, who will make sure that Rob's songs are remembered and played. A memorial service will be held at a later date in Weston, Vt. Donations can be made in Robert’s memory to a memorial fund with the American Foundation for Suicide Prevention at afsp.donordrive.com/campaign/robert-root-memorial-fund.