Musician and educator died peacefully while listening to Mozart’s Requiem 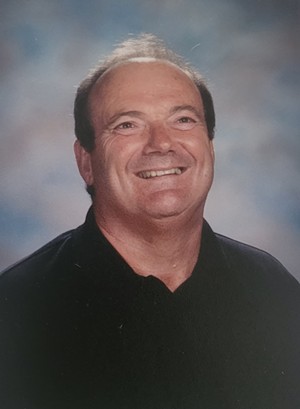 Bob was born in St. Albans, Vt., to the late Carolyn C. Levis and Robert J. Levis. He grew up in Morrisville, where he had numerous good friends who became wonderful lifelong friends. He graduated from Peoples Academy High School and went on to the University of Vermont, where he received his BS in music education and an MA in administration.

Bob had a varied career in education, beginning as an instrumental and choral instructor (Hazen Union, Lamoille Union and Burlington High Schools) before transitioning into school administration at Edmunds Middle School and Bellows Free Academy in St. Albans. He was a dynamic and passionate teacher and principal who became an educational pillar for so many of his students.

In 1969, Bob married the love of his life, Jill Hallett, and they had two beautiful children, Hannah and Tim. He was a devoted, kind, generous and loving family man who offered endless love and support. His creativity, warmth, sense of humor, integrity and grace were always evident. From the beginning of their lives, his granddaughters called him “Bob Bob.” Some of their fondest memories are having "Bob Bob" read to them — or they would read to him — and playing piano together.

As a versatile percussionist and singer, Bob performed with the Vermont Symphony Orchestra, the Vermont Mozart Festival, the Oriana Singers and the Aurora Chamber Singers.

Bob enjoyed yearly fishing trips in Canada with his father, son and other friends. He was an avid Red Sox fan and made frequent trips to Fenway with Hannah and Tim. With his warmth and legendary smile, he was loved throughout many communities.

Bob is survived by his wife of 53 years, Jill; daughter, Hannah, and her family of Ventura, Calif.; son, Tim, and his wife, Kelly, and their two daughters of Burlington Vt.; his sister, Mary, and her husband, John Bateman, of Frankfort, Mich., and their son, John “Rusty," and his wife, Anita, and their daughter of Maumee, Ohio; Aunt Joyce Prout of Daytona Beach, Fla.; and several cousins, nieces and nephews whom he loved and adored.

We profoundly thank the team of doctors, nurses and caregivers at the University of Vermont Medical Center for their compassionate care of our beloved Bob.

A remembrance of Bob’s life will be held in the spring at a place to be determined.

Please consider donations to a charity of your choice or to the Aurora Chamber Singers of Burlington or the Vermont Symphony Orchestra.

Bob, we trust that you have a great set of timpani and have announced your arrival!!