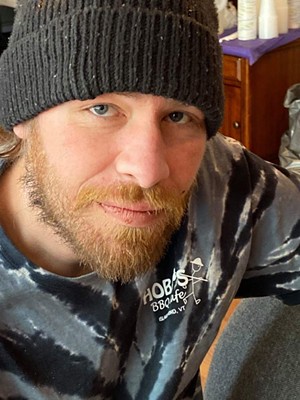 Robert J. McComiskey, 37, of Canaan, died on Wednesday, October 21, 2020, at the University of Vermont Medical Center in Burlington.

Rob was born on June 3, 1983, in Pueblo, Colo., a son to Robert D. and the late Julie (Stanach) McComiskey. He was raised in Colorado and later Canaan, and he was a 2002 graduate of Canaan Memorial High School, where he excelled playing baseball.

He returned to Colorado after graduation and began a lifelong journey in the world of food service, especially barbecue. He learned much of his trade at the Steamboat Smokehouse and later worked in Fort Collins, competing and refining his skill. He later returned home to the Northeast Kingdom to work with his family to establish Hobo’s Restaurant in Island Pond, which has become known far and wide for outstanding barbecue fare.

Rob was an avid history buff, especially for the Civil War period, and he loved to read all sorts of cookbooks and watch food shows on television. The culinary world, especially barbecuing, was his passion and life. He was also an animal lover and enjoyed them all.

He is survived by his parents, Robert D. and Heidi McComiskey of Canaan; his daughter, Mollie Abigail Chase; two brothers, Joel McComiskey and partner Mary of Steamboat Springs, Colo., and Tristan Manosh and wife Brandi and their daughter Aliese of Gardnerville, Nev.; two sisters, Kyleigh Denio and husband Adam of Tilton, N.H., and Tamera Morgan of California; and his many colleagues and friends at Hobo’s Restaurant, all of whom he considered as close as family.

Rob is predeceased by his mother, Julie Stanach, and his grandmother, Nadia McComiskey, to whom he was very close.

A graveside memorial service will be held at the Alice Hunt Cemetery in Canaan on Friday, October 30, 2020, at 11 a.m.

Expressions of sympathy in Rob's memory can be made to the Coös Animal Sanctuary, P.O. Box 345, Colebrook, NH 03576.

Condolences may be offered to the family online by going to jenkinsnewman.com.