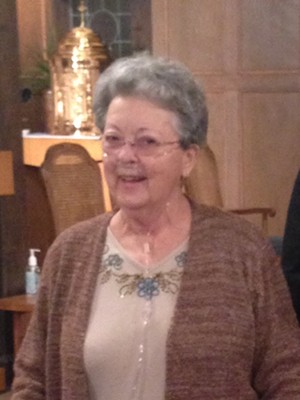 Rita was born on December 5, 1931 in Burlington, VT, the daughter of Bernadette Bishop and Albert Millette. She was an active member of St. Anthony Parish where she married the late Harold Forman on February 20, 1954. Having graduated from Burlington High School, Rita worked in bookkeeping at Sears and General Electric in Burlington. Later she worked at Gaines Shopper’s World.

A Mass of Christian Burial will be celebrated on Monday, October 19, 015 at 11:00 a.m. at St. John Vianney Church in So. Burlington, VT. Committal will follow in Resurrection Park Cemetery. A luncheon will be provided following the burial.

The family expresses gratitude to the staff of Pillsbury Manor who took such good care of her during her illness.