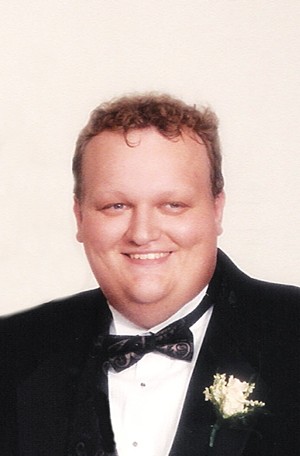 Rick Michael Sawyer died February 25, 2016 after a courageous fight with cancer. He was 39 years old. Rick was born on November 6, 1976 in Belfast, Maine. He lived in Swanton, Vermont from age 7 on.

Rick graduated from Mercyhurst College in 1998. He became an officer for Customs and Border Protection in 2002 and worked at both the Champlain port and the Highgate port. Rick loved what he did and the officers he worked with.

Rick was a loving and devoted father. His greatest prides are his sons William and Patrick. He spent endless hours watching them play sports, playing games with them and going to the movies. He loved spending time with his sons.

Rick was an avid Yankee fan. One of his favorite memories was going to Yankee stadium with his father and son. Rick had an amazing sense of humor, and had a gift of being able to make those around him smile and laugh.

He was also a loving son, brother, uncle, nephew, grandson, and friend. In addition, to his sons William and Patrick Sawyer, he is survived by his parents Ulric (Mike) and Sherry Sawyer; his sister, Angela Sawyer DeSanctis, his brother in law, Adam DeSanctis, and his nephews, Gavin and Sam DeSanctis; his grandmother Dorothy Merrifield and his aunts, Chris Auer, Susan Varney, Elaine Gerry, Cheryl Sawyer and Sarah Lord; his uncles, Alton Libby, Jr., Gary Merrifield and Terrill Merrifield and also, his companion Dawn Judd.

Rick was extremely thankful for the support and love he received from his work family. Your kindness and generosity touched him more than you will ever know.

Rick was also blessed to have been a part of the Missisquoi Amateur Hockey Association. Rick and his family have been touched by the kindness, support, and thoughtfulness that have been shown from our hockey family.

A Funeral Service will be held Wednesday, March 2, 2016, at 11 a.m. from The Kidder Memorial Home, 89 Grand Ave., Swanton. Chaplain Christopher Buckles, of the United States Customs and Border Protection Service will officiate.

Friends may call at the funeral home on Tuesday from 5 to 8 p.m.

In lieu of flowers it is requested that gifts may be made to the American Cancer Society, New England Division, 55 Day Lane, Williston 05495