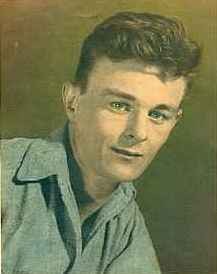 Richard W. “Dick” Roulston, 91, passed away Monday evening, March 6, 2017, at the Northwestern Medical Center with loving family at his side.

After attending Springfield (MA) High School, Dick served an apprenticeship as a typesetter. Wanting to find adventure, he relocated to Florida where he became a “Beach Bum” making hats out of palm fronds, then selling them to tourists.

He traveled to California to finally marry his childhood sweet heart, Lynn Evans, on Sept. 20, 1968. Dick opened “RWRoulston Typography”, in San Diego to continue his work with typography and printing. His love of typography never left him. Up to the time of his death he would recognize and name typefaces as they appeared in books or on television. After a few years later they moved the business to Florida and in 1980, to the Burlington (VT) area, which they operated until their retirement in 1994.

Dick and Lynn both enjoyed traveling and they possessed a passion for playing tennis, which they did almost every day. He enjoyed listening to classical music and reading suspense and detective novels.

To honor his request, there will be a memorial gathering for Dick at a later date and also, for those who wish to help end world hunger, memorial contributions may be made to Heifer International, 1 World Avenue, Little Rock, AR 72202.

Assisting the family is Lucien Hayes of the Heald Funeral Home, St. Albans, where condolences may be shared with Dick’s family by visiting www.healdfuneralhome.com