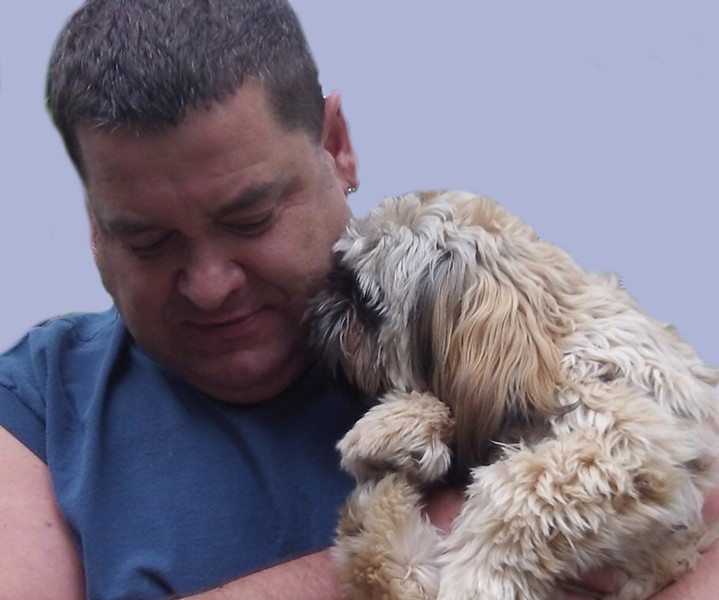 “Take him in your arms Lord,

Guide him through the storm,

sit with him in sunshine,

and let the wind be warm,

and when you see him smile,

Tell him that we love him,

and he’s thought of all the while”

Born in St. Albans, Vt on January 14, 1965, he was the son of the late Reo and Margaret (Peno) Pion. He attended St. Albans schools graduating from Bellows Free Academy-St. Albans. On May 2, 1992, he was married to the former Lori Girard who survives him. Richard had been employed for 30 years at Hannaford’s Supermarket and Pharmacy located in St. Albans Town.

Richard loved traveling, being near the ocean and enjoyed his yearly vacations to Maine in June and to Florida in the winter. “His friend (Allison his hairdresser) quoted that “Richard most recently enjoyed his first pedicure and fresh haircut prior to his trip to Florida and left this world looking as fresh as he could be. He returned just two days before his sudden death. He also enjoyed antiquing in Maine, picking up souvenirs and took great pride in his spare bedroom collection. Richard was always proud of his heritage and loved having grown up on the family farm in St. Albans City and spending time with all of the farm animals.

Besides his wife Lori of 22 years, Richard leaves his brothers and sisters, Carol Pion and her partner Steven Martell of St. Albans Bay, Susan Daignault and husband Kevin of Swanton, Rayo (Joe) Pion and wife Sharon of St. Albans Town, Michael Pion and wife Diane of St. Albans Town and Mary Mossey and her husband Brian of Fairfax; brother-in-law and sister-in-law, Timothy and Kathy Girard of Swanton; his canine companion, Wesley who Richard always called “Prissy”; as well as many aunts, uncles, cousins, nieces and nephews including James Girard of Belmont, NH who was especially close to his Uncle Rick and a special great niece, Shelby Hawkins of Swanton.

He was predeceased by his parents, Reo and Margaret Pion; a brother David Pion; nephew, William Girard and his father and mother-in-law, James and Betty Girard.

A Celebration of Life will be held Sunday February 16, 2014, at 2 p.m. from The Kidder Memorial Home, 89 Grand Ave., Swanton. Pastor William Simmons of the St. Albans Baptist Church will officiate.

“Although we’re not together, we will never be apart, because you have that special place, right here within my heart always and forever.”

The celebration continues directly after the service at the VFW in Swanton, with a luncheon and DJ to party down Richard style.

The family request that in lieu of flowers, gifts in Richards memory may be made to Maple Leaf Farm Associates, Inc., 10 Maple Leaf Rd., Underhill 05489 or to the Franklin County Humane Society, 30 Sunset Meadows, St. Albans 05478