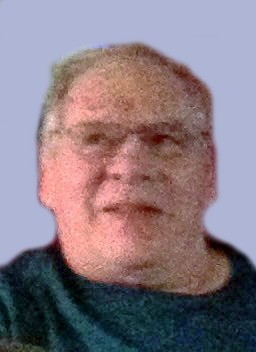 Born in Swanton on October 30, 1946, he was the son of the late Palmer and Alida (Silk) Reynolds. He attended Swanton schools and was later married to the former Terry Jarvis who survives him.

He faithfully served his country in the Vermont Army National Guard and later in the U.S. Air Force during the Vietnam Era. Richard was employed for several years with the A.G. Anderson Concrete Company.

He enjoyed duck hunting, gun collecting, and old cars. He was an excellent carpenter and cook which he very much enjoyed. He was a member of the American Legion, Green Mountain Post 1 of Saint Albans and a former member of the Seventy-Six Lodge #14, F. & A.M. of Swanton.

In addition to his wife Terry, Dick leaves a daughter, Robyn LaPan and her husband Jami of Swanton; a son, Shane Reynolds of Swanton and a sister, Nancy Medor of Burlington; several sisters-in-law, brothers-in-law, nieces, nephews and cousins.

He was predeceased by a brother-in-law, Tom Jarvis; a sister-in-law, Linda Teague and a favorite cousin, Alan Reynolds.

A Funeral Service will be held Monday December 22, 2014, at 2 p.m. from The Kidder Memorial Home, 89 Grand Avenue, Swanton. Father Luke P. Austin will officiate. The Rite of Committal and Interment will follow at Saint Mary’s Roman Catholic Cemetery.

Friends may call at the funeral home on Monday from 1 p.m. until the hour of the service.

In lieu of flowers gifts in Dick’s memory may be made to the Franklin County Humane Society, 30 Sunset Meadows, St. Albans 05478.