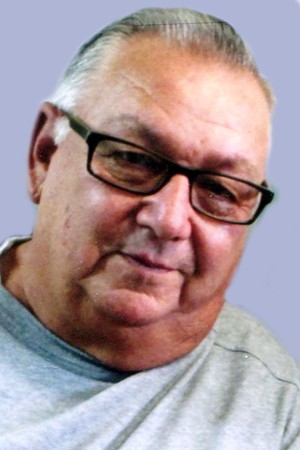 Richard P. Beaulieu, age 75 years, died late Monday evening, March 27, 2017, at the St. Albans Healthcare and Rehabilitation Center. A longtime resident of California and Tampa, Florida, he has been a resident of Swanton for the past five years.

Born in Burlington on, March 17, 1942, he was the son of the late Ernest and Martha (Charrin) Beaulieu. On August 19, 1961, he was married to the former June Resh who survives him.

Mr. Beaulieu faithfully served his country in the United States Navy for 26 years and was honorably discharged as a Chief Petty Officer. In California he belonged to both the Moose and Elks Lodge and in Vermont the American Legion, Green Mountain Post 1 in St. Albans. He was also a member of Nativity of the Blessed Virgin Mary-Saint Louis Parish as well as the Knights of Columbus. He enjoyed being with people, spending time with his wife in the nursing home and being with his dog “Trooper”.

The Liturgy of Christian Burial will be celebrated Saturday, April 29, 2017, at 11 a.m. from The Church of the Nativity of the Blessed Virgin Mary, 65 Canada St., Swanton. Father Luke P. Austin will be the celebrant and homilist. The Rite of Committal and Interment will be held at a later date at the Vermont Veterans Memorial Cemetery in Randolph Center.

Gifts in Mr. Beaulieu’s memory may be made to the Alzheimer’s Association of Vermont, 300 Cornerstone Drive, Williston 05495.