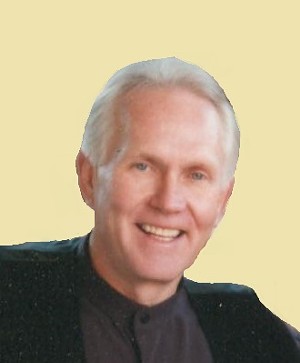 Raymond Keith Johnson Sr., 82, of Osborne Road in Barre Town, Vt., passed away peacefully at 1:40 a.m. on Saturday, May 22, 2021, at the McClure Miller Respite House in Colchester, Vt., with his loving wife of 48 years, Donna; son, Raymond Jr.; daughter, Louise; and granddaughter, Gianna, at his side, maintaining a constant vigil of love, care, kindness and comfort throughout his stay. In return, Raymond shared his unique sense of humor and many Texan stories with staff, family and friends. His gentle smile and contagious laugh were only second to his positive attitude and outlook on life.

Born on March 16, 1939, in Lamesa, Texas, he was the son of Pauline Kee Johnson of Lamesa, Texas, and Othal Ray Johnson of Lindale, Texas. Raymond was very proud to be a Texan and proud of his multigenerational, hardworking family. His maternal grandfather was captain Enoch Magnus Sparks, a veteran of the Confederate Army who was honorably discharged in 1868. Raymond’s paternal grandmother, Mary Crow Johnson, was a native Cherokee Indian whom Raymond greatly admired and was proud to have as part of his heritage.

In Raymond’s early years, summers were spent in East and West Texas, where he enjoyed farming, working in canneries with his cousins and crop-dusting in two-seater airplanes. Drag racing was always on the list of boyhood fun, as were the famous "Louisiana Hayrides," where he and friends saw Buddy Holly and Elvis perform.

Raymond’s grandparents taught him Bible studies, and this contributed to his love and respect for God, country and fellow man. After World War II, his father, Othal, was honorably discharged from the Army and moved the family to Carlsbad, N.M., where Raymond graduated from high school. He later attended a branch of New Mexico State University.

Raymond was always described by his peers as being self-motivated and self-sufficient. He was employed by U.S. Borax Company for nine years as the payroll manager for the extensive employees associated with the Potash Mines. He obtained his real estate license at the age of 19, assisting fellow miners in purchasing suitable housing. A few years later, he accepted a position at St. Francis Hospital in Carlsbad, N.M., where he became the office manager of all accounts. Raymond served in the Army National Guard of New Mexico for four years. His other civic duties included serving as president of the local Little League organization, and he was also a member of the Elks Club.

In the late 1960s, Raymond moved to Memphis, Tenn., to accept a position with Wallace E. Johnson, the founder of Holiday Inns of America. Raymond was hired as the vice president of Medical Development Services Inc., which served as the medical division of Holiday Inns. Raymond oversaw the construction and management of various specialty hospitals and long-term care facilities throughout the Southern States. He was instrumental in the licensure of the first federal Medicare long-term facility in Wilmington, N.C.

Upon completion of Doctors Memorial Hospital, a surgical hospital in Spartanburg, S.C., Raymond met Donna M. Grippo, RN, BSN, the director of nurses. Raymond and Donna married in 1973. They later moved to Vermont, where he became co-owner and partner of Health Care Services in Berlin, Vt.

Raymond’s enjoyment of Vermont was found in biking, downhill skiing, snowmobiling, boating on Lake Groton, brush hogging the fields of the family home in Barre and cutting wood on his 100 acres.

Raymond’s love of life and pride in family continues through his wife, Donna, of Barre; son, Raymond Jr., of Burlington; and daughter, Louise, and the “apple of his eye,” granddaughter Gianna, both of Milton; as well as his sister, Linda Johnson Hansen, and her husband, Rich, of Monument, Colo.; and nephews Kelly Farmer and his wife of Tokyo, Japan, and Shawn Farmer and his family of Modesto, Calif.