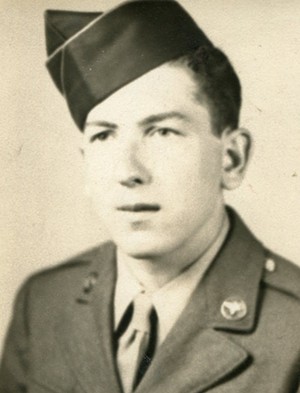 Born in St. Albans VT on, December 15, 1927, he was the son of the late Frank and Irene (Tabor) Bourgeois. He received his education at St. Anne's Academy and was later married to the former Gloria St. Pierre who predeceased him in 2007.

As a master carpenter Raymond along with his partner Nate Lafountain operated their own construction business for several years. He later worked many years for Neil Speer Construction and in earlier years had worked several large construction jobs with Kenneth Douglas Construction.

He faithfully served his country during World War II in the U.S. Army Air Force and received his Honorable Discharge at Camp Kilmer, NJ on July 21, 1948. Raymond was a lifetime member of the Veterans of Foreign Wars, Charles DaPrato Post 778 in Swanton and the American Legion, Green Mountain Post 1 of St. Albans.

Raymond leaves two daughters, Sandra Bourgeois of Swanton and Carol Fortin and her husband Richard of Highgate Springs; one son, Michael Bourgeois and his wife Doris of Seagrove, NC as well as several grand and great grandchildren and nieces and nephews.

Besides his parents and his wife Gloria, Raymond was predeceased by a daughter, Allison Bourgeois in 1988; a son, Daniel Bourgeois in 1996; a grandson Kyle Patrick Fortin in 1984 and a sister and brother, Betty and Gerald Bourgeois.

A Funeral Service will be held Wednesday, November 20, 2013, at 11 a.m. from The Kidder Memorial Home, 89 Grand Ave., Swanton. Father Emmanuel I. Ajanma will officiate. The Rite of Committal and Interment with full military honors will follow at the Bourgeois family lot in St. Mary's Roman Catholic Cemetery.

Friends may call at the funeral home on Wednesday morning from 10 a.m. until the hour of the service.

Gifts in Raymond's memory may be made to Missisquoi Valley Rescue, P.O. Box 22, Swanton 05488.