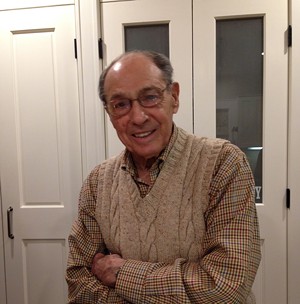 Ralph Michael Della Ratta of Great Falls, Va., formerly of Mill Neck, N.Y., and Essex, Vt., died on July 18, 2021, at age 99. He was predeceased by his loving wife of 71 years, Joan, in 2019. Survived by his brother Joseph, his three children and their spouses, four grandchildren and two great grandchildren, as well as nieces and nephews. Ralph grew up in Greenvale, N.Y., and worked at Grumman assembling Hellcat aircraft before joining the Navy during WWII as a landing craft (LST) pilot in both war fronts. He later earned an associate's degree from North Shore Community College.

Upon graduation, Ralph worked his way up the corporate ladder at Levitt & Sons, Inc., eventually rising to senior vice president of operations, where he was involved with many of the residential and commercial real estate development projects around the world. After retiring, he began a second successful career as a building development consultant.

A smart, methodical, caring man who was also athletic, Ralph played varsity basketball in his younger years and later thoroughly enjoyed tennis and golf, playing the latter well into his eighties. Additionally, both he and Joan were accomplished gardeners whose dual passion was tending their lush flower, fruit and vegetable gardens.

Ralph also understood the importance of giving back to his community and spent many years during his retirement working as a volunteer for Habitat for Humanity, where he was recognized as an outstanding volunteer of the year.

Last but not least, he had a dry sense of humor, a loving heart and a generous spirit. Most of all, he enjoyed spending time with his family. He was extremely proud that all of his children are caring and close friends.

A mass of Christian burial will be held at St. Catherine of Sienna Catholic Church in Great Falls, Va., on Monday, August 30, at 10 a.m. He and Joan will be later interned at Arlington National Cemetery. Contributions in his memory may be made to Habitat for Humanity or the Nature Conservancy.