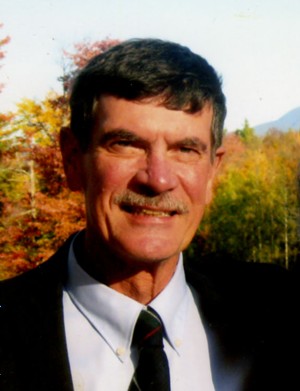 He was born in Burlington, Vermont on April 27, 1948 the son of Harold Joseph & Lennie Lora (Perry) McKenzie. He was educated in Burlington Schools and attended Champlain College. He served his country in the U.S. Navy during the Vietnam War. He met his bride to be on St. Patty’s Day and several years later, was married in the Cathedral of the Immaculate Conception to his sweetheart, Kathleen Bosley on July 25, 1987. Steve worked for many years in sales for McKenzie Meats and recently retired as a rural carrier with the U.S. Postal Service.

He was a member of Cathedral Parish, the Boy Scouts of America Order of the Arrow, and as a charter member of the Sautéed Mushrooms participated in their annual Christmas “shopping spree”. He was also Captain of the “Party Barge”.

Steve was the oldest of Harold and Lennie’s “four little boys”. He enjoyed “Stunt Night” at Rice Memorial High School and a formidable player of “Capture the Flag” at Camp Norris and he was always a prankster. His siblings and crew on Isham St. called him “Moose”, and was first chosen for most games, especially football and Red Rover at Pomeroy Park.

A Mass of Christian Burial will be celebrated on Thursday, (St Patty’s Day) March 17, 2016 at 10:00 am in the Cathedral of the Immaculate Conception. Burial will follow in Resurrection Park Cemetery in South Burlington. Visiting hours will be held on Wednesday from 4 to 7 pm in the Ready Funeral Home South Chapel, 261 Shelburne Road, Burlington. To send online condolences, please visit www.readyfuneral.com.

Steve always looked for the good in everyone. Anyone who knew him will never forget his laughter.

“May the road rise to meet you. May the wind be always at your back. May the sunshine warm your face, the rain fall soft upon your fields. And until we meet again, may God hold you in the Palm of His hand.”