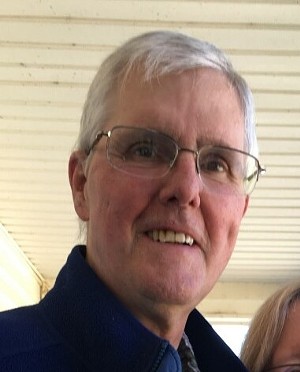 Phil Gullion, 73, passed away at home with his family on May 22, 2022, after a long period of health challenges.

Phil was born in Washington, D.C., on September 10, 1948, to Doris Guthrie Gullion and Phillip B.P. Gullion Sr. A child of a State Department family, he grew up in Europe and Asia, attending American schools, sometimes by correspondence. Phil graduated from high school in El Paso, Texas, and attended the University of Kentucky. While attending UK, Phil married Vickie Goff and had a son, Phillip. During the war in Vietnam, Phil was a conscientious objector and completed his alternative service at what is now Dartmouth Hitchcock hospital. Later, he graduated from Johnson State College in Vermont and attended graduate school at Syracuse University in New York.

In the late 1970s, Phil moved to Vermont. He married Sally Follett in Burlington in 1983, and they had two children, Sarah and Steve. They lived in Bristol, Vergennes and, finally, Colchester.

Phil had many occupations. He was a musician, carpenter, teacher, IT specialist, cook, librarian, lifeguard, swim instructor, residential adviser, psychiatric aide and journalist. He dove deeply into his hobbies: fly-fishing and fly-tying; swimming, sailing and scuba; fiddle, guitar and accordion playing; boat and home repair; and acting. He was an avid reader, poet and singer-songwriter. In his forties, he learned to downhill and cross-country ski. As his health began to decline, Phil retired from Vermont Student Assistance Corporation (IT) and Middlebury College (library).

Phil is survived by his wife, Sally, of Colchester, Vt.; his children, Phillip J. Gullion (Li-Ann Kuan) of Norfolk, Va., Sarah Gullion of Sterling, Mass., and Stephen Gullion, of Newburyport, Mass.; and granddaughters, Kaitlyn and Meghan Barrett-Gullion. He is also survived by his brother, Guthrie Gullion, and sister Samm Reardon. He was predeceased by his parents and sister Ruth Winfrey.

Phil was a member of the First Unitarian Universalist Society of Burlington. In Phil’s honor, please consider taking a boat ride or learning a new skill or sport. Or make a donation to FUUSB or the Chittenden County Humane Society. A celebration of Phil’s life will be held at the convenience of the family.