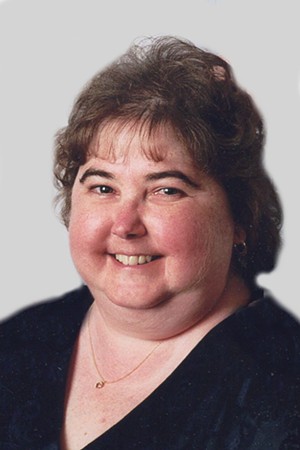 A lifelong resident of Swanton died Wednesday August 3, after a hard fought illness. She died peacefully at UVM Medical Center, with her husband and son at her side.

Penny was born in St. Albans, on October 1, 1965, she was the daughter of Kenneth and Shirley Rushlow of Swanton, who predeceased her. She graduated from MVU in 1983. On April 28, 1984, Penny married her husband of 32 years Bob Pike of Swanton.

After high school, Penny went on to manage the former Ver-delle Village Nursing Home for several years. She then became a property manager for Vermont State Housing, and most recently for EP Management Corporation, where she worked up until her illness.

Penny leaves behind her husband Bob Pike and her son Bobby Pike. Two brothers, John Rushlow and companion Patty Newton of Swanton, and Ricky Rushlow of Swanton. Also, she leaves her father-in-law Robert Pike Sr. who predeceased her and mother-in-law Betty Pike of Swanton. She leaves, three sister and brother-in-law’s, Janet and Richard Getty of Rutland, Judy and Patrick Lovejoy of Cape Coral Florida, and Debbie and James Goslin of Cape Coral Florida, along with many nieces and nephews.

A special thank you to the doctors and nurses at the UVM Medical Center ,McClure 3 ICU.

Gifts in Penny’s memory may be given to a charity of your choice.