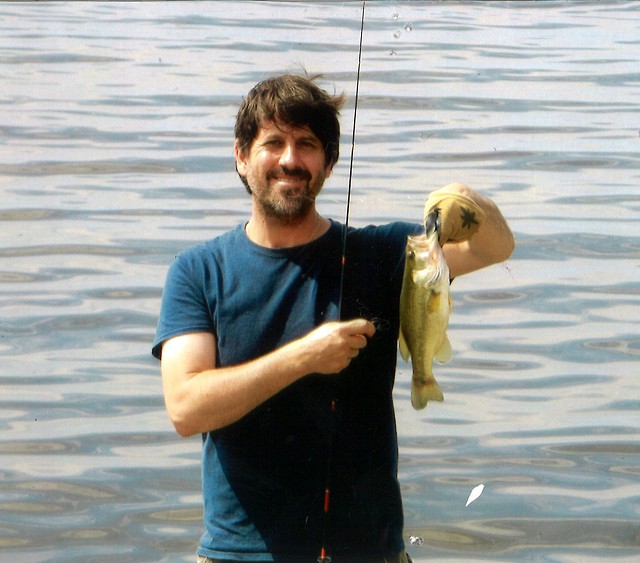 Paul Martin LaBrusciano (Paulie Roots) passed away on February 05, 2017, in Burlington, Vermont. Paul was born on April 21, 1966, in Manhattan, New York. He attended Harwood Union High School and the Community School, in Montpelier, Vermont, from which he graduated as salutatorian in 1984.

Paul loved music, and was seen by many as being at the vanguard of the U.S. influx of reggae in the late 1970's. During the eighties, he was a radio DJ on WRUV and WGDR, a club DJ at the Border (now Metronome) in Burlington and worked for many years at Pure Pop selling records. He also played keyboards in several bands, including Lamb's Bread and Pounding System—who played at the legendary Vermont Reggae Festival at North Beach in Burlington, VT, and shared the stage with many reggae greats such as Third World, Israel Vibrations, and Aswad. During this time, he introduced many Burlington residents to the sounds of dancehall reggae and his influence can still be felt today in a Vermont reggae culture that has endured for many decades. In the nineties, his love of music brought him to New York where he worked at Eight Ball Records in Manhattan and later co-founded Music Ambassador, an importer and distributor of reggae music on 7-inch 45 records from Jamaica. Paul and M usic Ambassador went on to enjoy over ten years of servicing reggae labels and retail stores from around the globe.

He was a discerning culinary artist who readily offered his unfiltered opinion on Vermont local cuisine, and he was truly loved in his role as manager at the Essex High School Cafeteria. Even when he lived in New York, he often drove to New Haven for the better pizza.

In his spare time, he enjoyed fishing with his family and friends, and spending family time in his backyard jungle of canna lilies and angel’s trumpets. Paul also had a great love for baseball, his passion for the sport developed during his childhood in Waitsfield as a member of the Little League All-Star team, later an avid fan of the New York Yankees, and finally a passionate coach and referee for the local Burlington leagues.

A memorial will be held in summer.