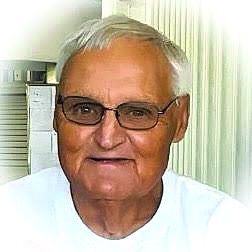 It is with deep sorrow and much love that we mourn the peaceful passing of Paul Arthur Steinman on February 6, 2022, at the McClure Miller Respite House in Colchester, Vt.

Paul was 77 years of age and was born in Kitchener, Ontario, to Alice and Arthur Steinman. He was raised and educated in Baden and moved to Burlington, Vt., in the mid-1970s.

Paul was a valued member of the management group at Hayward Tyler, a company that sold products for the Power and Chemical Industries, until his retirement in 2007.

Left to cherish his memory are his beloved boyhood brother, Jim Snyder, and close friend Lorie Snyder, who supported and cared for Paul through his illness and passing. Paul leaves behind his cousins Mary Elizabeth Hofstetter, Clifford Koehler, Judith Markovich, Robert Koehler, Linda Martindale and Rodney Halls, all from Ontario, who will forever remember his warmth, his infectious sense of humour and his killer instinct at crokinole. He was predeceased by his parents, Arthur and Alice (Koehler) Steinman, and cousins Maureen Halls and Carl Steinman.

Paul was an energetic volunteer and great community supporter of causes around South Burlington. He will be dearly missed and is remembered fondly by his friends in Vermont and Ontario. Interment will take place in the spring at Memory Gardens in Breslau, Ontario. A celebration of life will be held at a later date in Burlington, Vt.