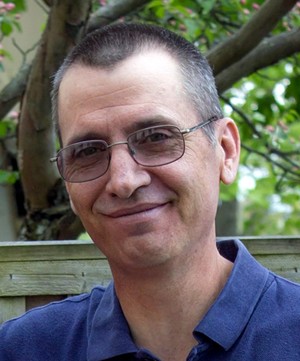 Mr. Neil R. Ostiguy, age 55, passed away upon arrival at the Northwestern Medical Center, Friday evening November 18, 2016. He was born November 27, 1960 in St. Albans, son of Roger and Alta (Guyette) Ostiguy. Neil graduated from Missisquoi Valley Union High School, and served his country in the U.S. Air Force from 1979 to 1981. Neil was formerly employed by the Radio Shack Corporation as a retail clerk in the St. Albans store. Neil enjoyed bass fishing and turkey hunting, amateur radio and held the callsign of KA1SIT, wood working, and most recently, horse riding. He was a well known fan of the Atlanta Braves and New England Patriots.

Neil is survived by his parents Roger and Alta Ostiguy of St. Albans, his three children Stephanie Gagne of Swanton, Heather Currier and her companion Darwin Turcios, and Corey Ostiguy, all of Bowie, MD., his fiance' Suzanne Shepard of Sheldon, his grandchildren, Mariana Gagne, Jayson Charbono, Chase Seaver, Maddux Gagne, Gage Charbono, and Natalie Seaver. Neil is also survived by his sisters Linda Parent and her husband Robert of Sheldon, and Pamela Parent and her husband Norman of Burke, NY, his brother Mark Ostiguy and his wife Linda of Mount Vernon, WA, his step-daughters Amy Hull of Lebanon, NH and her companion Michael Seaver, and Jessica Charbono and her husband Tyler of Enfield, NH. Neil also leaves his God son Christopher Campbell, and special friends Brian Lampman, James Campbell, Jr., Phil Gagne, and Jeffrey Levesque, along with several nieces, nephews and cousins. Neil was predeceased by his grandparents, a step-son Jason Hull and a special friend Vinny Giannetto.

A Funeral Service of Christian Burial will be held Wednesday, November 23, 2016, at 11:00 AM in the Brady & Levesque Funeral Chapel. His family will receive condolences on Wednesday from 10:00 AM until the time of the Funeral at the funeral home, 86 S. Main St., St. Albans. As an alternative to flowers, memorials may be made to Chester's Promise, Inc. 1524 Water Tower Rd, PO Box 1204, Enosburg Falls, VT 05450. Online condolences may be sent to his family at the funeral home website: www.bradyandlevesque.com. Arrangements are entrusted to his friend Jeffrey Levesque and the Brady & Levesque Funeral Home and Commemorative Services.