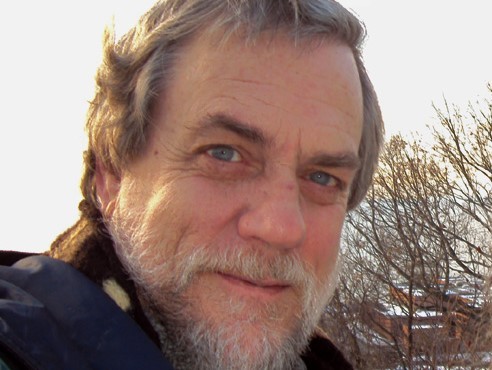 Michael William Day, 70, died on July 10, 2021, of pancreatic cancer in Burlington, Vt. Born in Montréal in 1951, he was the son of Margaret (née Simpson) and William Day. After growing up in Montréal, he lived in British Columbia for more than a decade before moving to Vermont to marry his wife, Martha Lewis Trainor, in 1985. He is beloved and sorely missed by his stepmother, three sisters, a stepsister, their families in western Canada, and his wife and her extended family.

A man of simple needs, he believed strongly in the principles of recycle and reuse, having started one of the first recycling centers in northern British Columbia in the 1970s. He loved living in Vermont, calling it the “most Canadian” of the states, and he had many friends from his days working at Tristate Distributors and Conant Custom Brass. Known to his wife as "Sweetness," he was always willing to help family, friends and neighbors with whatever tasks needed to be done.

His love of traveling led him from the Yucatán Peninsula to a canoe trip up the Yukon River to Dawson City, where he lost all his money at Diamond Tooth Gerties Gambling Hall and had to hitchhike home 1,300 miles to Prince George, BC. An inveterate hiker, he did a solo hike on the West Coast Trail of Vancouver Island and loved revisiting the Grand Canyon, Glacier National Park, Waterton Lakes National Park in Alberta and Vancouver Island.

He will be missed by his local and Canadian friends, who are spread throughout the world, from Montréal and British Columbia to Poland and Thailand. A celebration of life will be planned in the future, when his family can more easily travel to Vermont. Donations should be directed to the McClure-Miller Respite House in Colchester, Vt.