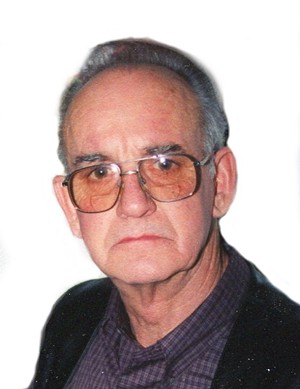 Merrill Joseph Corbiere, age 73 years, a lifelong Swanton resident died Monday evening May 27, 2013, at the Fletcher Allen Health Care Facility with loving family at his side.

Born in Swanton on February 23, 1940, he was the son of the late Archie and Dorcus (Duprey) Corbiere. He attended St. Anne's Academy and on September 19, 1959, was married to the former Lorraine Bean who survives him.

For 42 years Merrill has been associated with the Swanton Lumber Company. He thoroughly enjoyed working there and continued to work part time despite his long illness. In earlier years he had been employed at the Sheldon Pulp Mill, St Albans Town Highway Department and worked in sales for WWSR Radio. Merrill also faithfully served his country in the Vermont Army National Guard for nine years.

Merrill was well known throughout this area as an accomplished musician and composer. He was very proud of his Swanton heritage and one of his greatest accomplishments was composing and recording the song "Embers Glow on Merchants Row" which commemorated the tragic fire in 1970 that destroyed Swanton's business district. Over the years he played in several bands including the Waymen, County Classics, C&C Express and Red Wing. He also gave many guitar lessons and was a member of ASCAP. He was an avid Boston Red Sox fan with Dustin Pedroia being his most favorite player. He coached Swanton Little League for many years and enjoyed gambling especially at the Akwesasne Mohawk Casino.

He attended Holy Angels Roman Catholic Church and was a member of the Fourth Degree Knights of Columbus St. Edmund of Canterbury Assembly #2207 in Swanton.