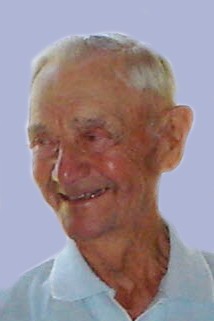 Born in Highgate on July 15, 1915, he was the son of the late Theophile Jr, and Imelda (Boucher) Rainville. He attended schools in Highgate and Canada and on May 22, 1943, was married to the former Lucile Fleurange Boudreau who predeceased him on March 31, 1991.

A lifelong dairy farmer, Maurice had served several years on the Board of Directors for the St. Albans Cooperative Creamery. He was devoted to his Roman Catholic faith and was a faithful parishioner of The Church of the Nativity of the Blessed Virgin Mary serving as a Eucharistic Minister and Usher. He was a member of the Fourth Degree Knights of Columbus, Council 7669 and Assembly 2207 in Swanton. He also spent several years as a selectman for the Town of Swanton.

The Liturgy of Christian Burial will be concelebrated Saturday, March 25, 2017, at 11 a.m. from The Church of the Nativity of the Blessed Virgin Mary, 65 Canada St., Swanton. Maurice’s son, Father Marcel R. Rainville, SSE will be the celebrant and homilist. The Rite of Committal and Interment will follow at the Rainville family lot in St. Mary’s Cemetery.

Friends may call at The Kidder Memorial Home on Friday from 4 to 7 p.m.

Gifts in Maurice’s memory may be made to the Franklin County Home Health Agency, 3 Home Health Circle, St. Albans 05478