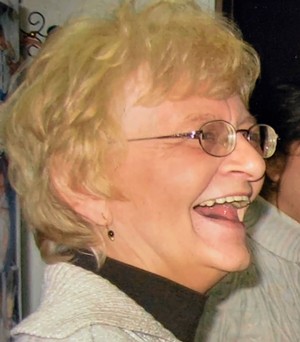 Mary Ann “Mania” Rogers, 72, passed away peacefully, surrounded by loved ones on December 2, 2019, at Rutland Regional Medical Center. She was born in Rutland on May 22, 1947, daughter of Henry and Viola (Czachor) Sherowski. Mary Ann was a graduate of Mount St. Joseph Academy, attended Castleton State College, and was a longtime resident and business owner in the Rutland area.

She will be remembered by many as the creative, outgoing, hardworking tailor for Guido’s Golden Needle and A Stitch in Time. There was nothing she couldn’t do with her hands. She was an amazing cook and host whose door was always open. Her “Turkey Bowl” soup and potato salad will go down in history as the area's best. She was kind, witty, funny and sharp as a tack. The world has lost one who could finish a crossword puzzle in an hour while trimming your hair, fixing a hole in your jeans, making you homemade French fries and, most of all, giving you the best advice. 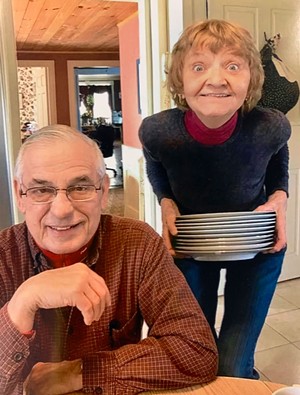 She leaves behind many family members, including her husband, John “Jack” Rogers Sr.; two sons, John “Jack” Rogers Jr. of Rutland, and Garreth Rogers and his wife, Nancy, of Jericho; and two daughters, Stephanie Sherman and her husband, Joe III, of Pittsford, and Rebecca Rogers of San Francisco, Calif. She is also loved by many grandchildren, including Elijah, Hannah and Samuel Rogers and their mother, Hope Rogers; Erik Sherman; Audrey and Henry Rogers; two brothers, Henry Sherowski of Columbus, Ohio, and Edward Sherowski of Hubbardton; two sisters, Irene Carbine of Rutland, and Elizabeth DeBlois, of Saratoga, N.Y.; and nieces, nephews, and many other loving family members and friends who will celebrate her life in memory.

Memorial contributions, in lieu of flowers, may be made to Foley Cancer Center, 160 Allen St., Rutland, VT 05701.