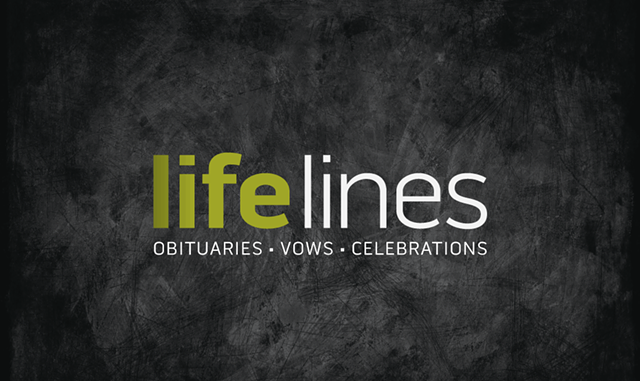 Martha L. (Lapointe) Trotter, a lifelong resident of Burlington, Vt., passed away in peace at the McClure Miller Respite House in Colchester on October 9, 2021. She chose to release her spirit while her youngest daughter was present. She was two months shy of her 93rd birthday.

Born on December 6,1928, Martha was the ninth of 13 children born to Arthur and Emilia (Sicard) Lapointe. She and her siblings, along with far too many relatives to list, lived in what is now a historic residential community of Burlington: Lakeside. It was Lakeside that defined Martha’s life. Those who knew her learned just how revered Lakeside was to her.

Martha graduated high school at Hudson Academy (now Presentation of Mary Academy) in Hudson, N.H. After two attempts at convent life, fate interceded and took her to Burlington, Vt. She worked at the telephone company and made lifelong friendships. Through her sister Bernadette, a nun and RN at Fanny Allen Hospital and Hotel Dieu, she met her future husband (or, rather, he met her) while he was employed at Fanny Allen. Earl and Bernadette enjoyed a delightful friendship, but after listening to Earl’s relentless inquiries, unending questions and futile pursuits regarding her sister, Bernadette finally told Martha, “For goodness' sake, Martha, marry him!”

On October 8, 1955, she married Earl D. Trotter, originally from Mount Vernon, N.Y. They raised four daughters, making Tracy Drive their home. Thanks to Martha, Tracy Drive became the new Lakeside: a community that would sustain memories and friendships among families for life. As the girls grew older, the family moved to Staniford Road, next door to their lifelong friends, the Deforges. And what fun it was!

In the 1970s, Martha became the first female to drive a school bus in the state of Vermont. Employed by the Colchester School District for several decades, she rose in her career from driver to manager of transportation for the district. In her retirement, she oftentimes crossed paths with adult children whom she'd driven — and sometimes even their children.

Martha is predeceased by her husband, Earl; her parents, Arthur and Emelia; her brothers, Eli, Henry, William, David and Arthur; and her sisters Muriel, Bernadette, Marguerite, Theresa, Helen Benoit and Bibianne McDowell. She is survived by her loving sister Agatha Lapointe of Essex Junction, Vt.

Martha leaves behind her four daughters, Paula Trotter (Suzanne Prindiville), Kay-Ellen Willette (Charlie), Elizabeth Trotter (Richard Blum) and Donna Savage, (Patrick); and her four grandchildren, Calli and Chelsea Willette, and Shea and Jack Savage. Martha was a Ma tante to 36 nieces and nephews. Her children, grandchildren and others will remember her never-ending words of support, optimism and encouragement. Martha enthusiastically attended countless sporting events, including T-ball; peewee hockey; little league; and high school baseball, basketball, cross-country running, and track and field. She was a fixture at University of Vermont men’s and women’s basketball games for over three decades.

Martha was proud of her own athleticism — as a girl playing baseball with the boys at Lakeside Park; as a young woman, skiing, speed skating and swimming; and as a mom in summer league softball with the gals at Leddy Park.

Martha was all about family, friends, love and joy.

The Trotter girls would like to acknowledge the dedicated clinical and caregiving teams that were instrumental with our mom’s peaceful passing; Birchwood Terrace (C-Wing) and McClure Miller Respite House (Cardinal Room #3). Special recognition to Dr. Alicia Jacobs for her loving and healing care to our mom, to Kathy Keenan for her special kinship with mom for almost 50 years, and to Norm and Barb Deforge along with Chubby and Flo Moran (all deceased) for their everlasting friendship spanning over seven decades.

A special thank-you to our incredibly supportive spouses, Suzie, Charlie, Richard and Patrick, and to Aunt Agatha, Jacky Deforge, Judy (Carpenter) and Jo-Ann Deforge, cousin Mary Kim Lavery and her sister, Marsha Drake, for guiding us through this challenging and ultimate journey. You are the experts. To Dad’s best man, Jim Felony (Semper Fi) and Sue Knapp for keeping our connection strong and vibrant. And, finally, to Laurie Hill for bringing lunch to her best friend.

In lieu of flowers, please consider donations to the McClure Miller Respite House in Colchester.

Calling hours are Friday, October 15, 4 to 7 p.m., at Lavigne Funeral Home in Winooski. Words of remembrance will begin at 6:15 p.m. Masks are required. A private burial will be held at a later date.