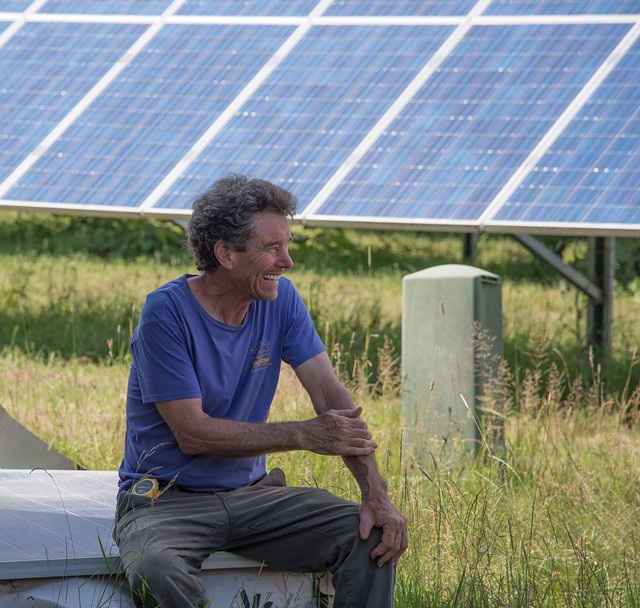 On the afternoon of the Harvest Moon, August 11, Marshall Canfield Webb died unexpectedly due to a heart attack while swimming. He was doing what he loved, with people he loved, in a place that he loved.

Marshall was born on April 22, 1948, on the date that would eventually become “Earth Day,” an auspicious beginning to a life defined by his love of the land. Marshall was the second son of Derick and Elizabeth (Canfield) Webb. He grew up with his five siblings on Shelburne Farms.

Marshall graduated from Groton School in Groton, Mass., in 1966. After three years at Wesleyan University, he felt the call to return home, gathering with his family to begin planning for the future of their 1,800-acre estate on the shores of Lake Champlain. Young and idealistic, moved by the values of their era, they envisioned ways to share the beauty that surrounded them with others.

In 1972, Marshall led the founding of the educational nonprofit that became his life’s work. He completed his degree at the University of Vermont. True to Marshall’s vision, the nonprofit now owns and stewards Shelburne Farms as a campus dedicated to learning for a sustainable future.

Marshall married Emily Wadhams in 1970. Together they hosted the first Vermont Symphony and Mozart Festival concerts at what is now the Shelburne Farms Inn. They welcomed daughter Molly in 1974. With Bob and Amy Kinzel, Marshall and Emily ran summer camps and an organic vegetable operation for several years. After their divorce, he married Juliet McVicker in 1980, and the musical duo performed at local venues, including the first Harvest Festival. They welcomed daughter Lila in 1981. Although these marriages did not last, the friendship, love and support endured.

Marshall met Kathryn "Kate" Laun Spaulding in 1984. When they married in 1989, her daughters Sarah and Diana joined the family. Their marriage was a joyous, generous and passionate union. Together, they nurtured a blended family. Kate supported Marshall through his diagnosis of rheumatoid arthritis and subsequent six joint replacements. With the great care of Dr. Bonita Libman and the surgeons at the University of Vermont Medical Center, Marshall continued to ski black diamond trails; slalom waterski; and run a chainsaw, scythe, or whatever tool of work or play that might cross his path.

A quiet, humble man — who often smelled of wood smoke — Marshall lived by example. His joy in sharing a forest or coastline walk, respectfully felling a tree, championing biochar, battling garlic mustard, or finding glee on a moonlit sled run — it changed us. Marshall embodied the mission and values of the nonprofit he created. A talented photographer, Marshall leaves a legacy of stunning photographs taken in all seasons and weather at Shelburne Farms.

In response to the global climate crisis, Marshall intended Shelburne Farms to be carbon-negative by Earth Day 2028, which would have been his 80th birthday. The Marshall Webb Carbon Drawdown Fund at Shelburne Farms was created to accomplish this dream, and the family invites you to honor and remember Marshall with your support: shelburnefarms.org/support/special-funds.