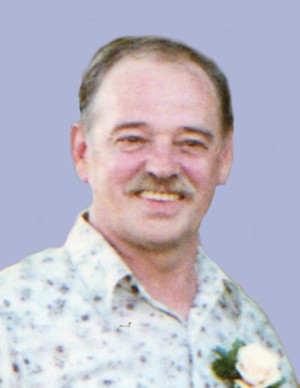 Mark Joseph Larose, age 70 years, died Thursday December 5, 2013, at his Lake St. residence with loving family at his side. He is now resting in peace with his beloved Pamela Wilcox Larose.

Born in Montgomery, VT on December 26, 1942, he was the son of the late Paul and Blanche (Smith) Larose. He was a graduate of Spaulding High School.

Mark held various jobs in Connecticut, Montana and Vermont, but his most beloved job was working as custodian at the Alburgh Elementary School for nearly 18 years. In earlier years he had also served as the North Hero Town Custodian. He loved the outdoors especially hunting and fishing and was an avid Red Sox and Colts fan. He attended St. Patrick's Roman Catholic Church in Rouses Point, NY.

Survivors include two sons, Paul Larose of Waterbury, CT and Joseph Larose of S. Burlington; three daughters, Hope Larose of Voorhees, NJ, Tammy Johnson and her husband Gilbert Jr. of Colebrook, CT and Becca Palmer and husband Stephen stationed with the US Air Force in Ramstein, Germany; six grandchildren, Paige and Sean Larose, Jessica and Adam Johnson and Carsen and Madison Palmer; sisters and brothers, Rita Diego of VT, Jeannette Roux of MA, George Larose of VT, John Larose of VT and Irene Sinard of FL as well as several nieces and nephews.

He was predeceased by two brothers, Prosper and Peter Larose.

Marks' family would like to extend their sincerest gratitude to the faculty, students and staff of the Alburgh Elementary School for the many kindnesses that they have shown to Mark especially during his illness.

The Liturgy of Christian Burial will be celebrated Saturday December 14, 2013, at 1 p.m. from St. Augustine Roman Catholic Church, 16 Barre St., Montpelier. Father Michael Augustinowitz will be the celebrant and homilist. The Rite of Committal and Interment will take place later at Pine Grove Cemetery, New Hartford, CT.

Gifts in Mark's memory may be made to the Alburgh Elementary School, 14 N. Main St., Alburgh 05440