Stowe woman made countless contributions to the Vermont arts community 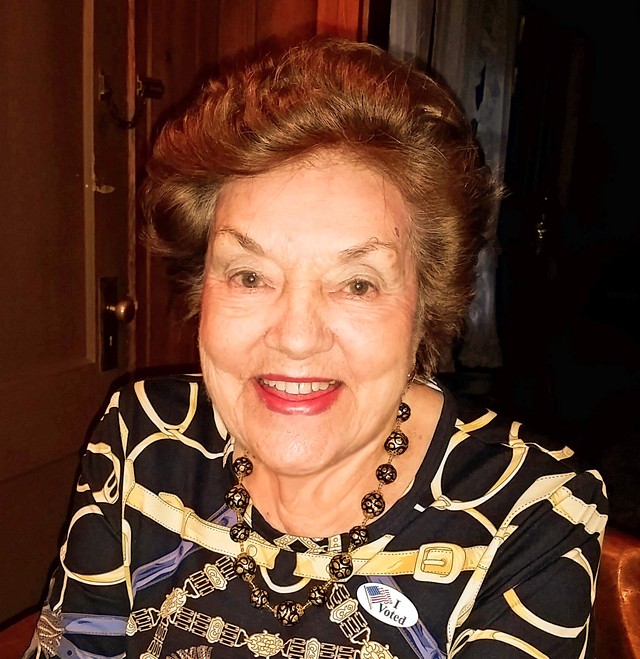 On December 10, 2020, Marianne J. Goodson, 91, departed this world peacefully of natural causes, at home, surrounded by soft music, love and family. Widely known as a gracious hostess of renowned parties and elaborate picnics, she was the light of any gathering. Marianne filled her home with warmth, wonderful food and those she cherished. Predeceased in 2014 by her beloved husband of 58 years, William "Bill" Goodson, Marianne is survived by children Gregg (LeeLee) Goodson, Derek (Sandra) Goodson and Lynne (Danforth) Cardozo, as well as grandchildren Matthew Goodson and Kelsey Goodson (Tyler) Dunn.

Born on January 29, 1929, in Calgary, Alberta, into a family of six children, she identified as a true cowgirl at heart, and she was — a glamorous one at that. In 1949, she was honored with the title of Princess in the world-famous Calgary Stampede, riding in the parade on horseback in a fabulous fringed outfit, and adopted as an honorary member of the Siksiska (Blackfoot) Nation. Shortly thereafter, she moved to Toronto to pursue a successful modeling career. There she met the love of her life, Bill. They married and moved to Montréal, where Bill was the publisher of the daily evening newspaper the Montreal Star. While in Montréal, Marianne became involved as a volunteer at the Montréal Museum of Fine Arts and coordinated popular trans-Canada train tours as fundraisers for the museum. Bill and Marianne began their family in the city, but as early as 1957 considered Stowe their home. They bought and renovated a 19th-century farmhouse into which they moved permanently in 1979. She and Bill were avid skiers and travelers. The Hotel Alex in Zermatt, Switzerland, was one of their favorite destinations.

Despite these accomplishments, when asked what gave her the greatest pleasure in life, she readily answered: "Friends and family." She also loved her porch with its view of her pond, wildlife and the mountains beyond. An invitation to Marianne’s for a swim, a drink, dinner or New Year’s Eve was memorable. In Marianne, Stowe has truly lost a gracious legend. Her family would like to thank all those who offered kindness, care and support in her final years. A memorial celebration will be announced when gatherings resume. In lieu of flowers, please make a contribution in Marianne’s memory to your favorite charity and raise a glass in her honor.