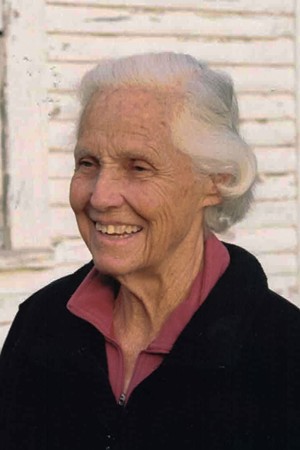 Margaret E. “Marg” Hale Bascom, 95, of Greensboro, Vt., died peacefully at home on May 7. Marg was born in Peking, China, on August 29, 1926, to William "Bill" and Elizabeth "Bess" Hale. She spent her early years in Tientsin, China, where her grandfather was a dentist. Marg’s family moved to Shanghai, where her father worked for Underwriters Bank (later American International Group) and where she attended Shanghai American School. Marg cherished summers at her grandparents' seaside cottage in the north China village of Peitaiho.

Early in World War II, Marg and her family were interned by the Japanese in Chapei Civilian Internment Camp in Shanghai. They were repatriated to the United States aboard the MS Gripsholm and arrived in New York City on December 1, 1943.

The Hales learned of Greensboro from China friends, and this is where Marg met John T. “Jack” Bascom as a teenager. Marg graduated from Colby Junior College (1946) and Sarah Lawrence College (1949) before marrying Jack in 1949. With few exceptions, Marg, Jack and their extended families spent every summer in Greensboro.

The Bascom family was very active. Marg encouraged her children to be "free range" and shunned housework for playing outside with Jack and the kids. She was involved with school events and being a Cub Scout leader, and later she volunteered at the Greensboro Free Library and Greensboro Historical Society.

Marg became an avid tennis and paddle tennis player in her forties. She was a member of Mountain View Country Club and loved playing women’s and mixed doubles. Marg treasured summers on Caspian Lake and hill picnics with family and friends. When sailing his Thistle, Jack would persuade Marg to be “ballast.” Perhaps her greatest legacy was being a “mom” to many of her children’s friends. After Jack’s death in 1993, Marg lived the rest of her life in Greensboro.

Marg had a positive outlook on life and never dwelt on what she could not change. Her one regret was that her dear Jack did not live long enough to enjoy retirement in Greensboro.

Online condolences are welcome at dgfunerals.com. In keeping with Margaret’s wishes, there will be no service. A private family graveside service at the Lincoln Noyes Cemetery will be held at a later date.