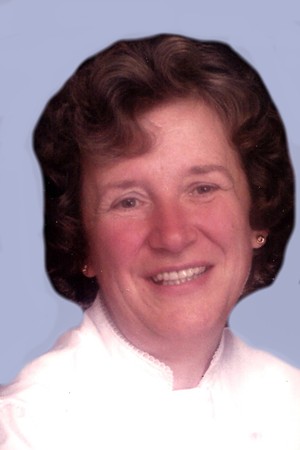 Born in Franklin on, April 30, 1930, she was the daughter of the late Paul and Alexina (Smith) Messier. She graduated from Franklin High School and on, October 6, 1956, was married to Marcus Vincent Raymond who predeceased her, August 10, 2015.

In earlier years Madeline had been associated with the former Union Carbide Corporation. She was a longtime member of Nativity of the Blessed Virgin Mary – St. Louis Parish. She enjoyed writing letters, reading, camping and spending time at their home on the lake.

Madeline leaves her son, Michael of Highgate Center; her daughter, Susan Ziccardi of Rancho Santa Margarita, California and daughter-in-law, Lisa Raymond also of Highgate Center. She is also survived by her grandchildren, Nickolas and Jessalyn Mumley and Aaron Raymond; several nieces and nephews including, Gwen Greene and her daughter Corey of Fort Myers, FL.

In addition to parents and husband, Madeline was predeceased by a brother, Walter Messier and sister-in-law, Emma Raymond.

The Liturgy of Christian Burial will be celebrated Tuesday, June 28, 2016, at 11 a.m. from St. Louis Roman Catholic Church, Lamkin St., Highgate Center. Father Luke P. Austin will be the celebrant and homilist assisted by The Reverend Mr. Joseph Sanderson as Deacon. The Rite of Committal and Interment will follow at the Raymond family lot in St. Louis Cemetery.

At Madeline’s request there will be no public calling hours.

Gifts in Madeline’s memory may be made to the Franklin County Animal Rescue, 30 Sunset Meadows, St. Albans 05478.

Arrangements are under the direction of The Kidder Memorial Home, Swanton, Vermont