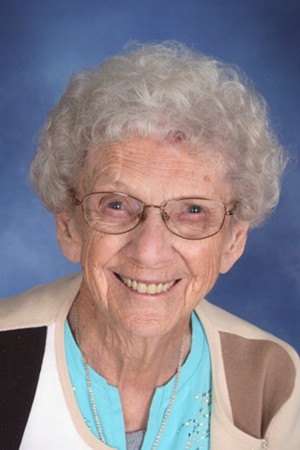 A native of North Hero, Lorraine and Chester purchased a farm in 1933 which they operated for over 50 years. She was a lifelong parishioner of the former St. Benedicts Roman Catholic Church and will always be remembered for her love of playing bridge and bowling. She was a ballot clerk and cemetery commissioner in the town of North Hero for over 30 years.

In addition to her husband, Lorraine was predeceased by a daughter, Beverly Moe in 2002; granddaughter, Rebecca Dubuque in 1994; a brother, Douglas Jarvis in 1997 and a sister, Esther Irick in 2003.

Lorraine’s family would like to extend a special thank you to, Lu Ann Beyor, Beverly and Bubby Irick, Margie Dean and the home health caregivers who helped with her care at the Franklin Carriage House.

A Funeral Service will be held Wednesday, September 7, 2016, at 2 p.m. from The Kidder Memorial Home, 89 Grand Avenue, Swanton. The Reverend Doctor Jason McConnell will officiate. Interment will follow at the Dubuque family lot in the North End Cemetery, North Hero.

Friends may call at the funeral home on Wednesday from 11 a.m. until 2 p.m.

Gifts in Lorraine’s memory may be made to the Restoration of the North Hero Town Hall, in care of Eileen Mitchell, Bridge Road, North Hero 05474.