As a young mother living in Roxbury, Mass., Linda was among a group of moms who founded N.I.C.E. — Neighborhood Involvement for Children’s Education — to provide childcare for families in Roxbury and Jamaica Plain. As her children grew older, she was one of the active parents at Highland Park Free School, a “Black school with non-Black students” (her daughters Jessica and Lisa being among the latter), serving on the curriculum and fundraising committees. In 1973, Linda and the girls moved to Amherst, Mass., where Linda entered UMass’s Master of Fine Arts program, earning her MFA in 1979 and beginning her teaching career at the university. As a proud member of the Massachusetts Society of Professors (MSP), she served on its Executive Committee and was a member of the Bargaining Unit. BTV entered this story when Linda moved full time to Burlington, Vt., in 1998. Her work as a paraeducator at Burlington’s Hunt Middle School (HMS) was among her most fulfilling, and her fellow educators there remember her fondly. Linda never stopped teaching and never stopped learning. In the last dozen years or so, she taught seated yoga at the Champlain Senior Center, and it was at the CSC where she learned the “gold touch” of turmeric from her friend Mulu. 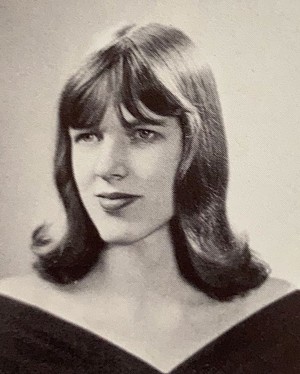 A celebration of Linda’s life will be held at a later date. Donations in Linda’s memory can be made to the McClure Miller Respite House in Colchester at Development — Home Health & Hospice, 1110 Prim Rd., Colchester, VT 05446. Please specify the funds are to be used in support of the Respite House.