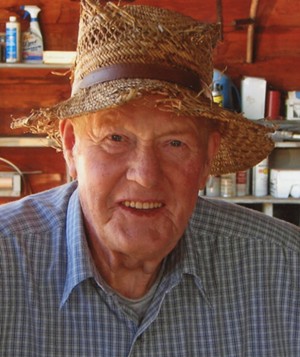 Born in Highgate on, September 9, 1927, he was the son of the late Willard L. and Ethel (Gray) Cassidy. He graduated from the former Highgate High School and attended the Vermont State Agricultural College in Randolph Center. On June 17, 1950, he was married to Doris M. Root who predeceased him on, June 23rd of this year.

A native of Highgate Mr. Cassidy and his wife Doris lived in Lincoln, Vermont for 62 years where he managed the Valleymar Farm. He was also active in the Vermont 4-H Program and well as the Future Farmers of America.

He leaves several niece and nephews.

In addition to his parents and wife Doris, Lee was predeceased by two brothers, Richard and Donald Cassidy.

A Funeral Service will be held Wednesday, August 17, 2016, at 2 p.m. from The Kidder Memorial Home, 89 Grand Ave., Swanton. The Reverend Kerry T. Cameron will officiate. Interment will follow at the Cassidy family lot in the Highgate Center Cemetery.

Friends may call at the funeral home on Tuesday from 6 to 8 p.m.

Gifts in Lee’s memory may be made to the Franklin County Animal Rescue, 30 Sunset Meadows, St. Albans 05478.