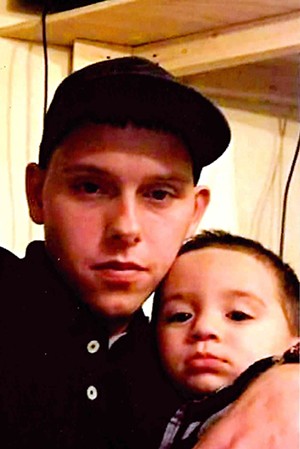 Mr. Kevin St. Francis, age 25, died Sunday, October 29, 2017 at the University of Vermont Medical Center, following a brief illness. He was born in Burlington, August 5, 1992, son of Kevin and Kimberly (Donahue) St. Francis. Kevin was a graduate of BFA. He was employed by Lafyette Construction.

A Funeral Service will be held Monday, November 6, 2017, at 8:00 PM, in the Brady & Levesque Funeral Chapel. His family will receive condolences at the funeral home, 86 South Main St., from 6:00 PM until the time of the service. As an alternative to flowers, memorials may be made to the St. Jude’s Children’s Research Hospital, 262 Danny Thomas Place, Memphis, TN, 38105. Arrangements are entrusted to the Brady & Levesque Funeral Home and Commemorative Services where memories and condolences may be shared at: www.bradyandlevesque.com.