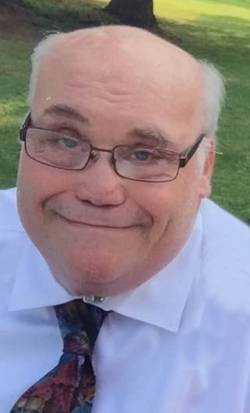 On August 27th, 1988, in St. Helen’s Church in Rochester, he married Irene Ann Seeman, who survives him.

Ken was educated in New York and came to Vermont where he had a 30-year career with IBM and now known as Global Foundries. He was very active with the Boys Scouts of America and was Cub Master for Pack 842 in Georgia for 20 years.

Survivors include his wife of 29 years, Irene, and their children, Kyle, Timothy and Caroline all of Georgia; his sisters-in-law, Vickie Bonin and Kathy Walch, and his 3 nephews, Adam, Nick and Ben. Ken leaves his extended families of the “Georgia Gang” including the Fords, Healds, Schultzs, Janofskys, Geros and Stetchs. He also

leaves behind his close friends, Jeff Dunn and Ed Lowe.

In addition to his parents, Ken was predeceased by his sister, Barbara Bonin and his brothers, The Reverend David Bonin and John Bonin.

Family and friends will honor and remember Ken’s life by gathering for calling hours on Friday, November 3rd, 2017, from 4:00 to 8:00 P.M. at the Heald Funeral Home, 87 South Main Street, St. Albans.

A Mass of Christian Burial will be celebrated on Saturday, November 4th, 2017, at 10:00 A.M. in Ascension Catholic Church, 3157 Ethan Allen Highway, Georgia with the Reverend Henry P. Furman as celebrant. Interment will follow in Georgia Plain Cemetery.

In lieu of flowers a Cub Scout scholarship fund has been set up in Ken’s name on behalf of Pack 842 to help send Georgia Scouts to summer camp.

To send Ken’s family a written expression of sympathy or share a memory, please go to his on-line guest book at www.healdfuneralhome.com.