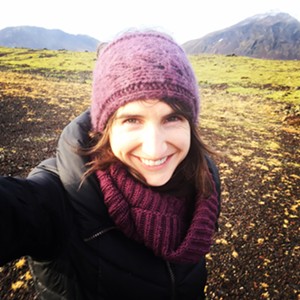 Karen Oelschlaeger died on April 19, 2021, in her home in Montpelier, Vt. She was diagnosed with stomach cancer on May 30, 2018, two days before her 34th birthday. She was very clear that no one should say she “lost” any “battle” or “war” with cancer, as she was no loser. Karen died grateful for Vermont’s Death With Dignity law. If any of the legislators or lobbyists who worked to pass that law are reading this obituary, she’d like to thank them from the bottom of her no-longer-beating heart.

Karen loved her nieces and her pets. She hoped that her grandmother, Martha Braswell; her lab, Rosie; and her tuxedo cat, Oscar, would be the first to greet her if, in fact, there is another realm after her life here with us. Oscar was euthanized due to cancer on August 6, 2015. Karen got sober from alcohol days later, on August 10, 2015. She died grateful for all the support she’d gotten from her recovery community.

In lieu of flowers, Karen would like for you to live your best life now — just in case. She’d like you to be kind. She’d like you to take extra care of her parents, Linda and Terry; her most beloved nieces; and her dear ones Meghan, Eric and Jess. If you insist, you may donate money to the Karen Oelschlaeger Scholarship for the Public Interest at Vermont Law School (give.communityfunded.com/o/vermont-law-school/i/karen-oelschlaeger-scholarship-for-the-public-interest), to the Gastric Cancer Foundation (www.firstgiving.com/fundraiser/oel/KarenOelschlaegersPage) or to Migrant Justice (migrantjustice.net).

Karen was born in Charlotte, N.C., on June 1, 1984. She worked at Ben & Jerry’s as a teenager, leaving to pursue her passion for social justice organizing with the Fund for the Public Interest, followed by Wesleyan University in Middletown, Conn. She wanted to drop out of college to work at PapaBubble, making hard candies, in Barcelona, Spain, but her father wouldn’t hear of it. Instead, she double majored in psychology and Spanish literature, receiving high honors for her psychology thesis entitled “Feminist Rants.”

In 2007, Karen founded West Asheville Dog Walking & Pet Sitting, shortly after moving to Asheville, N.C., to be close to her brother, Eric, her sister-in-law, Jess, and her dear cousin Molly. She later became the youngest president of the League of Women Voters of Asheville-Buncombe County.

Following graduation, she worked as a deputy state’s attorney in Windsor County, Vt., where she was a sex crimes prosecutor. She was passionate about juvenile justice and criminal justice reform. She was grateful to live in a state that allows those with felony convictions to vote even while incarcerated.

(Karen insisted on writing her obituary herself in the third person, leaving only a fill-in-the-blank for the date.)

Arrangements are being made through Guare & Sons Funeral Home. Online condolences may be left at guareandsons.com.