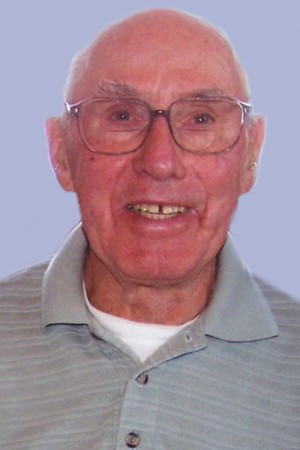 Born in Swanton on November 8, 1930, he was the son of the late Elphege and Yvonne (Chevalier) Gamache. He attended St. Anne’s Academy and on June 15, 1957, was married to the former Anna Marie Moreau who predeceased him on September 19, 2015.

Joe worked many years as a civilian contractor for the United States Air Force at both the St. Albans and Plattsburgh Air Force Bases.

He was devoted to his Roman Catholic faith and was a faithful parishioner of Nativity of the Blessed Virgin Mary-St. Louis Parish. He spent countless hours volunteering for the parish and was a longtime usher, funeral altar server and pall bearer. He was a member of the Knights of Columbus, St. Edmund of Canterbury Council #7769 and Fourth Degree Assembly #2207 in Swanton and a longtime volunteer for the American Red Cross. He was well known throughout the community for his expertise in automotive and small engine repair.

In addition to his parents and his wife Anna, Joe was predeceased by numerous brothers and sisters and brothers-in-law and sisters-in-law.

The Liturgy of Christian Burial will be celebrated Saturday, September 24, 2016, at 11 a.m. from The Church of the Nativity of the Blessed Virgin Mary, 65 Canada St., Swanton. Father Luke P. Austin will be the celebrant and homilist. The Rite of Committal and Interment will follow at the Gamache family lot in St. Mary’s Roman Catholic Cemetery.

Friends may call at The Kidder Memorial Home, 89 Grand Ave., Swanton on Friday from 4 to 7 p.m. Father Austin will conduct a vigil service at 6:45 p.m. and remain after for The Sacrament of Reconciliation.