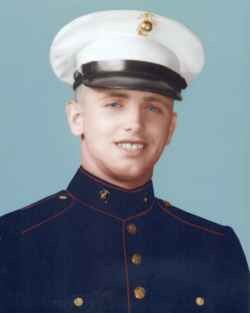 Joseph Francois “Frank” Montagne, a lifelong St. Albans resident who experienced much success and took great pleasure in dairy farming throughout his life, passed away in the comfort of his home on Friday, July 22nd, 2016, surrounded by his loving family.

Frank was a 1952 graduate of Bellows Free Academy. He went on to proudly serve in the U.S. Marine Corps, as a rifle instructor, during the Korean War. He came home on leave to marry his sweetheart, Annette Smith, on July 13, 1953, at All Saints Catholic Church in Richford, VT. Faced with the choice of staying in the service as a Staff Sergeant or coming home to run the family farm, he chose the latter.

He was a parishioner at Our Lady of the Lake Parish in St. Albans Bay until its closing and Holy Angels Parish thereafter. He was a lifetime member of the St. Albans Knights of Columbus, Council 297 and the Green Mountain Post #1, American Legion.

Frank was a dedicated citizen, serving in many capacities, for the Town of St. Albans. He was a longtime selectboard member who spent many years as chairman. He took special interest in highway related issues and was particularly proud when the last town road was finally paved. He was instrumental in the development of the town’s industrial park, the Collins Perley Sports Complex and Cohen Park. He served three decades on the Board of Civil Authority and numerous years as a member of the Northwest Regional Planning Commission’s Transportation Advisory Committee. He drove school bus, snowplow and was one of the first volunteer firefighters for St. Albans Town. In 2004, Frank was the recipient of the Vermont League of Cities and Towns’ Lifetime Achievement Award. Frank was committed to preserving the town’s character and quality of life. He passed on the importance of community involvement and dedication to public service to his children.

A Mass of Christian Burial will be celebrated on Saturday, July 30th at 11:00 AM at Holy Angels Catholic Church, 245 Lake Street, with the Reverend Maurice J. Roy as celebrant. Interment with Military Honors will follow at the family lot in Mount Calvary Cemetery.

Those planning an expression of sympathy are asked to consider a charity of one’s choosing in the community of St. Albans. A special thanks goes out to the many fine caregivers from Franklin County Home Health Agency-Hospice, Champlain Valley Agency on Aging and TLC Nursing Associates.

Messages of condolence to the Montagne family are welcome at www.healdfuneralhome.com.