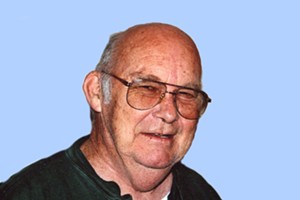 John W. Cooper, age 67 years, died Sunday evening, December 4, 2016, at his Jones Court home with his wife Evelyn and other loving family at his side.

Born in Greensville, S. Carolina on, March 4, 1949, he was the son of the late Edward Cooper. He resided in Fernley, Nevada where he met online, the former Evelyn Hawkins from Vermont, in 1999. Evelyn joined John in Nevada where they later married on October 14, 2003, then moved back to Vermont in 2012 to make Swanton their home.

John faithfully served his country in the United States Army during the Viet Nam Era. He was very proud of his military service and loved his country and all veterans. He also loved motorcycles immensely but had to put aside that hobby after he was diagnosed with Parkinson’s disease.

Gifts in John’s memory may be made to the American Legion, 100 Parah Drive, St. Albans