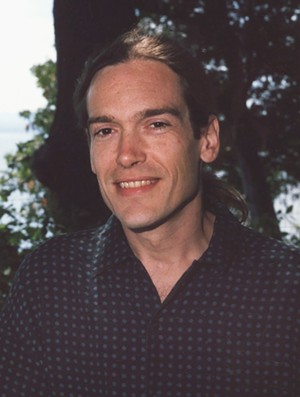 John Patnode Ketcham, 60, of Rutland, Vt., died unexpectedly in July from health complications. He was born in the snowy month of March in Newport, Vt., in 1962. John graduated from Essex High School in 1980 and spent time exploring North America before settling in Austin, Texas. He made his home there for 25 years, returning to Vermont in 2017.

John was a skilled cabinetmaker and took pride in the custom cabinetry and woodworking projects he crafted over the years. His creative side really shined at Halloween, when his intricate costumes and decorations delighted friends and neighbors and won first prize at costume competitions.

John was an enthusiastic alpine skier, despite living in Texas, and he loved the times skiing in Colorado with friends and in Utah with his siblings. He enjoyed a round of golf, often using his trusted but rusted 3-iron as a driver. He was a lifelong jazz enthusiast and had a worthy collection of jazz standards.

John was a voracious reader, and reading served him well; he never encountered a crossword puzzle he couldn’t solve and was a formidable Scrabble player. His wry, sometimes ironic wit (his first Vermont license plate read “SMIRK”) was complemented by his gentle nature and easy smile. He was an engaging conversationalist, enjoying a lively discussion on any topic, especially when sitting around a fire enjoying the night sky. He lived an unhurried but purposeful life, from plying his trade to preparing a good meal.

John is survived by his mother, Priscilla Ketcham, of Essex Junction, Vt.; his brothers, Thomas of Rutland, Vt., Joseph of Colchester, Vt., and David of Campton, N.H.; and his sister, Suzanne, of Winooski, Vt.; and their spouses and families. John was predeceased by his father, Thomas Ketcham.

Funeral services will be with immediate family, but a celebration of life is planned for Memorial Day weekend at the Coolidge State Park pavilion and group camping area in Plymouth, Vt., May 27 to 30, 2023.