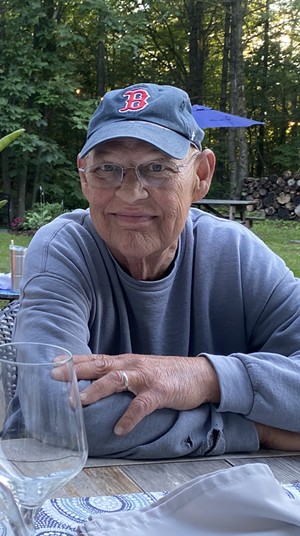 John was given the nickname "Jake" at a young age, which stuck with him for the majority of his life; this is the name most people knew him by. Jake was a strong, hardworking, respected man who started selling farm equipment at a young age. Eventually, he became self-employed, running several successful businesses until retirement.

He was a jack-of-all-trades and loved spending all of his free time with family and friends. Jake and Nancy had a home in South Hero, where they raised their three children.

Jake was liked by everyone who knew him; his laid-back and loving personality always drew others in. Jake believed in always giving people the benefit of the doubt.

Some of the amazing traits he passed on to his children and grandchildren are:

Jake also loved to cook. He would frequently be grilling up one of his amazing prime ribs or in the kitchen whipping up a batch of his special homemade spaghetti sauce.

Jake was the son of John P. Sr. and Phyllis Bell of Cambridge, Vt. He is survived by his wife of 52 years, Nancy McGovern; his daughter, Lisa, and her husband, Sam Deavitt, of Shelburne, Vt.; his sons, John P. McGovern III and his wife, Michelle, of Lake Worth, Fla., and Shannon McGovern and his wife, Cassie, of Coral Springs, Fla.; his grandchildren, Sydney and Gracie Deavitt, John IV, Ryan and Declan McGovern, Ally, Taylor, Edna Mae and Ryder McGovern; his great-grandchild, Autumn; and his brother Tom McGovern and Bobby McGregor. He is predeceased by his sister Mary and brother Kevin.

A time for celebration of Jake’s life will be held for family and friends at a later date determined by the family.

In lieu of flowers, donations can be made to University of Vermont Medical Center Hospice.

Arrangements are entrusted to the care of the Cremation Society of Chittenden County, a division of the Ready Funeral Home. Please visit cremationsocietycc.com to place online condolences.