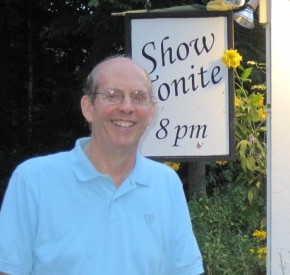 John Kern, 78, died peacefully on May 8, 2022, in Burlington, Vt., due to complications from an abdominal fistula.

He was born in 1943 in Louisville, Ky., to Irving Kern and Beatrice (Rubenfeld) Kern and raised in Scarsdale, N.Y. As a Russian major, he received a bachelor’s degree from Brown University. He later earned an MBA at Columbia University and studied writing at the New School, where he met his wife, Valerie Hurley. In the back-to-the-land days, they moved to a farm in Bloomville, N.Y., where their daughters, Mara and Erin, were born. Mara died in 1987 at the age of 12. In 1989, the family moved to Charlotte, Vt.

Among many talents, John was a master at managing finances, an avid sailor, and a gifted musician and playwright. His plays, which were short and funny, were produced in Boston, Cape Cod, New Hampshire and Vermont. For many years, he volunteered as a hospice visitor, lending his calm, steady presence to patients at the end of their lives. John was curious about the world and cared deeply about protecting this country’s cherished democracy; he loved to discuss politics and wrote many letters to the editor. He had a gentle, beautiful spirit; an amazing intellect; and a comedic view of the world. He was loved by many people, including his wife, Valerie; his daughter Erin and daughter-in-law Terra; his grandsons, Grady and Jasper; his brothers, Arthur and Robert; his sister-in-law, Alison; and his cousin, Judy.

Over the course of many years, but especially in the last months of his life, John had outstanding medical caregivers. The family would like to extend their deep appreciation to all the wonderful doctors and nurses, both within University of Vermont Medical Center and beyond, who gave him excellent care and showed him profound compassion.

A celebration of John’s life will be held in Westchester County, N.Y., in August. In lieu of flowers, memorial donations can be made to ProPublica, VTDigger, or University of Vermont Home Health & Hospice.